US shows surprising jobs recovery in May amid pandemic 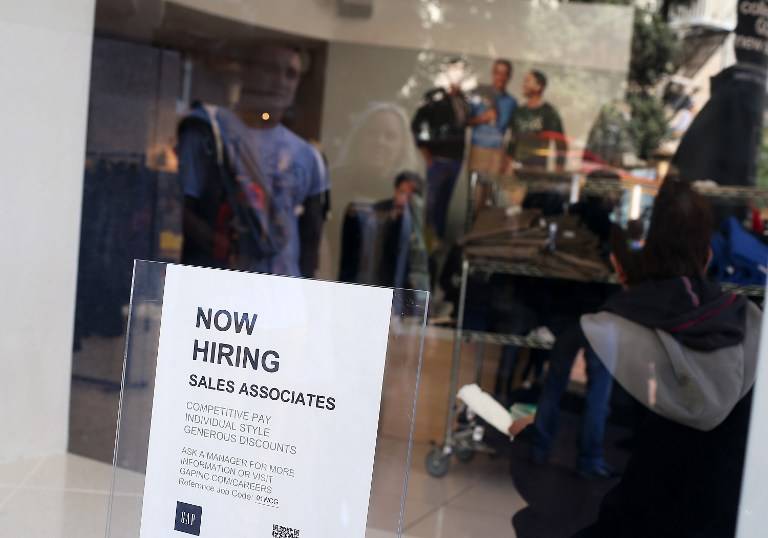 File: The report attributed the improvements to "a limited resumption of economic activity that had been curtailed in March and April due to the coronavirus (COVID-19) pandemic and efforts to contain it."

WASHINGTON - The United States regained 2.5 million jobs in May and the unemployment rate dropped as coronavirus pandemic shutdowns began to ease, raising hopes the economy could recover from the crisis sooner than expected.

The Labor Department report released Friday, which showed the jobless rate fall to 13.3 percent, defied even the most optimistic expectations among economists, who had been expecting job losses of more than eight million and a jobless rate of 20 percent or higher.

President Donald Trump immediately cheered the data -- once again violating the government rule that prohibits comment on economic data until one hour after release.

The report attributed the improvements to "a limited resumption of economic activity that had been curtailed in March and April due to the coronavirus (COVID-19) pandemic and efforts to contain it."

However, as it has for the past two months, the Labor Department said the jobless rate was likely three points higher due to errors in how workers described their job status.

A separate report showing state data on weekly initial claims for unemployment benefits show over 42 million people have lost their jobs, at least temporarily, since mid-March when the shutdowns to contain the spread of COVID-19 began.

But with a massive $3-trillion infusion of government aid, and trillions more in lending to businesses, economists say it is likely firms were able to bring workers back.

"If this sticks, and my guess is it will, we're seeing a faster reopening than most expected, and a quicker unleashing of pent-up demand," economist Jared Bernstein of the Center on Budget and Policy Priorities said on Twitter.

Ian Shepherdson of Pantheon Macroeconomics, one of few who anticipated positive news in the jobs data, called the report, "The biggest payroll surprise in history, by a gigantic margin," which he said "likely is due to a wave of hidden rehiring."

With states allowing businesses to reopen, employment last month rose sharply in leisure and hospitality, construction, retail trade and education and health services, according to the data.

And the number of workers on temporary layoff declined by 2.7 million to 15.3 million, in a sign people have been able to return to their jobs.

The gains came despite downward revisions to March and April that subtracted another 690,000 jobs.

But government employment continued to decline sharply, dropping by 585,000 positions.

Some economists had predicted government loans to businesses to rehire workers would offer a temporary improvement in the data, and warn it may be too soon to get confident about the recovery since they may not be able to keep those employees.

And the good news could sap the government's willingness to extend the aid or provide more, including support for state and local governments.

Harvard economist Jason Furman notes the reduction in temporary layoffs was "the easy part of the recovery," and further job gains may come more slowly.

The data also reflect the time before the killing of George Floyd at the hands of police sparked nationwide protests over racial injustice, along with looting in some cities.