US town grows money from trees during pandemic downturn 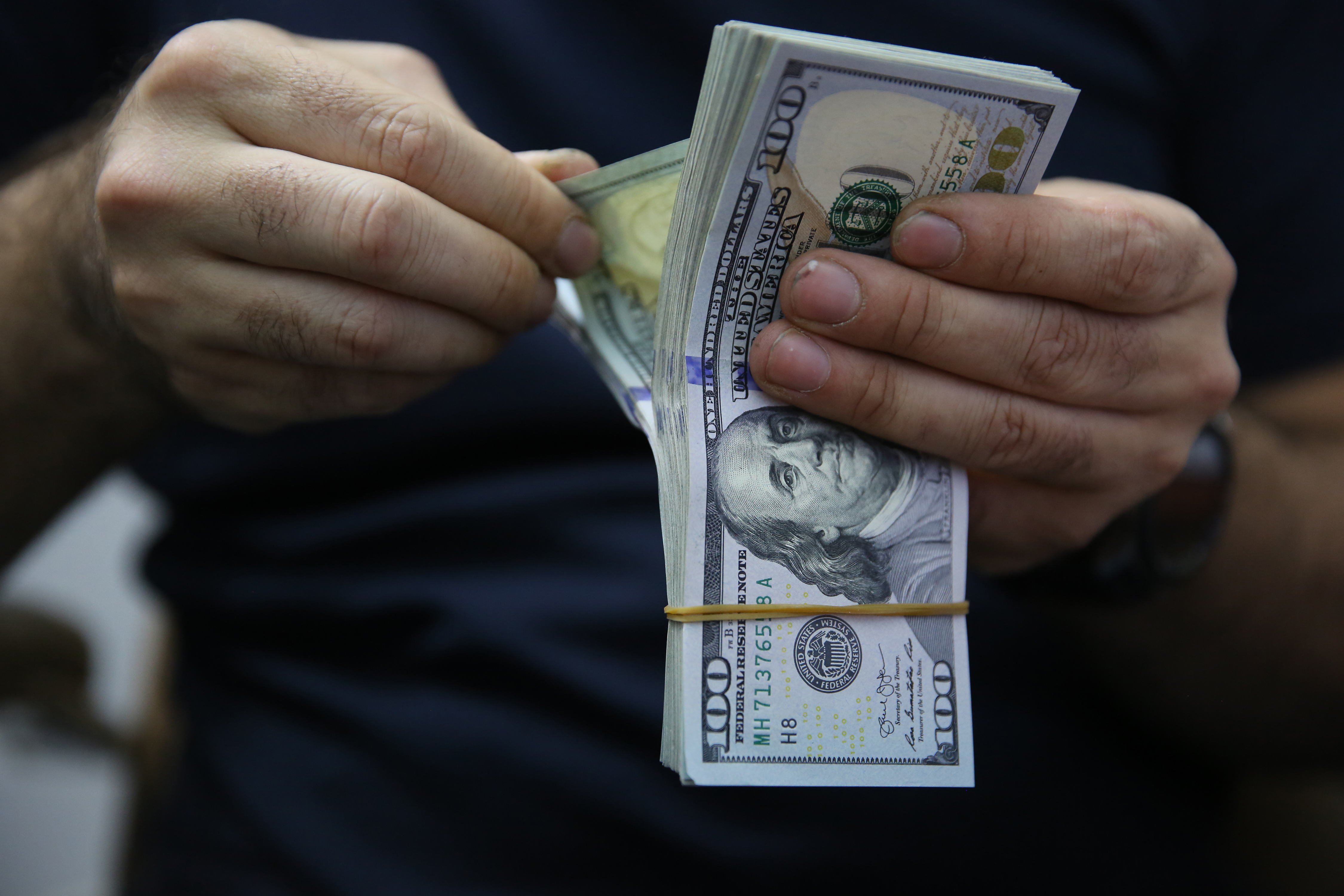 File: The money is being given as a grant to locals who demonstrate they have been economically harmed by the pandemic. Each resident is allowed up to $300 per month.

NEW YORK - Tenino had become a ghost town, and small businesses were struggling to survive amid the coronavirus pandemic, so local officials revived an unconventional idea from the last century: printing the town's own currency on thin planks of wood.

"There was no trading, no selling and the city streets were dead. They looked the same at 3 pm as they did at 3 am," said Wayne Fournier, mayor of the town of 1,800 people in Washington state, in the northwestern United States.

"We were getting a lot of calls from businesses saying they were not sure if they would be able to hang on," he told AFP.

The town's museum had a printing press, so it was put to use to make $10,000 worth of bills on wooden rectangles, each nominally worth $25.

They feature a portrait of President George Washington and bear a Latin inscription that translates as "We've got it under control."

The money is being given as a grant to locals who demonstrate they have been economically harmed by the pandemic. Each resident is allowed up to $300 per month.

Known as "Tenino dollars," "COVID dollars" or, sometimes, "Wayne dollars" after the mayor himself, the bills are traded at almost all shops in the town at a fixed rate equivalent to $1.

The currency is good only inside the town limits.

The idea is not new: town officials last tried it during an even worse period of economic devastation, the Great Depression in the 1930s.

A national scarcity of dollars at the time prompted officials in Tenino to print money on spruce bark.

"The concept became 1930s viral," Fournier said, with other communities, businesses and chambers of commerce eager to emulate the town's example.

Media attention piqued the curiosity of investors, and over the years the wooden currency became a collector's item sold on eBay and Amazon.

The contemporary version of wooden currency, like the previous edition, aims to help the town through an economic crisis that forced businesses to close nationwide.

"It's more of an advertisement for the town itself," said Chris Hamilton, the manager of the town's main grocery store. "It brings a lot of people into town that may not even know about Tenino and want to check this place out that makes its own money.

"They might stop off here, buy an ice cream or go down the street and buy a hamburger."

Similar complementary currencies exist elsewhere in the US and Europe, aimed not at replacing the national money but supporting the local economy -- a key distinction since American authorities take a dim view of anyone trying to create a bill to compete with the almighty dollar.

The US Treasury declined to comment on its position regarding local currencies.

Switzerland's WIR system, created in 1934, is considered the oldest local currency in the world, used by thousands of small businesses every day.

Facing an unemployment rate of 11.1 percent in June -- one of the highest rates since the Great Depression -- American advocates of complementary currencies say now is the time to consider them as a means to help residents.

"The crisis in municipal funding is pushing creativity. Administrators are exploring this concept of issuing their own currency instead of bonds to finance their COVID response," said Susan Witt, director of the Schumacher Center for a New Economics.

The research center developed BerkShares, a currency in circulation since 2006 in the Berkshires region of western Massachusetts, which is distributed by local banks. Witt is advising several US municipalities interested in similar initiatives.

Advocates of local currencies also see them as a bulwark against unbridled globalization.

"People are starting to realize that we went too global, too fast and we lost our local skills," said Chris Hewitt, founder of Hudson Valley Current, a currency in upstate New York which operates as a mutual credit system.

"If that happens across the country organically, that could be something that helps save us from a serious recession," Fournier said.