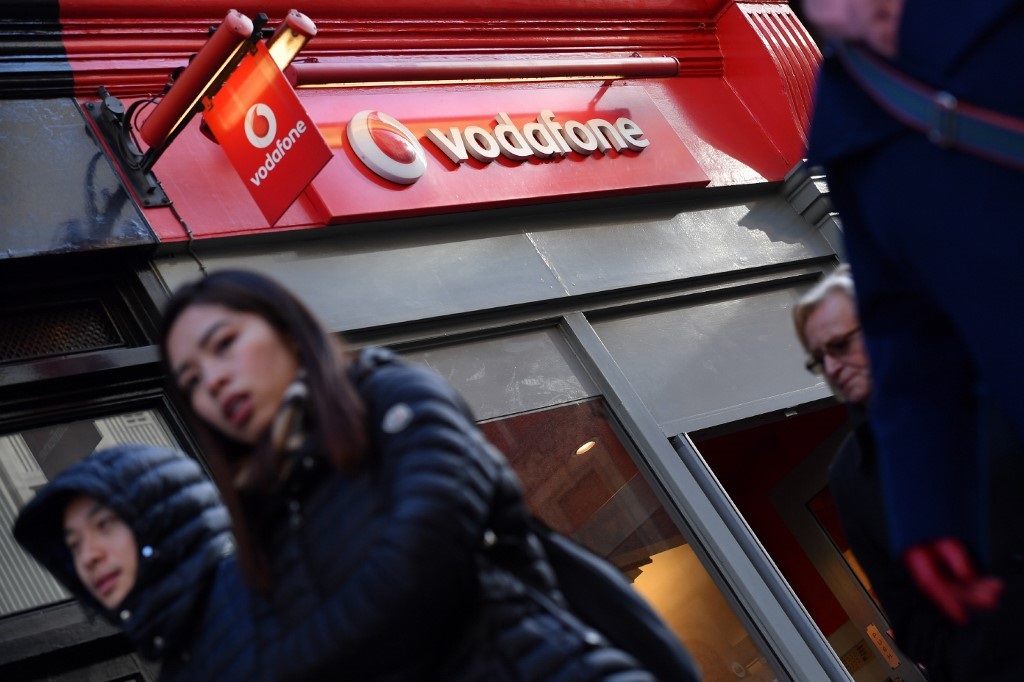 Pedestrians walk past a Vodafone shop in central London. British telecoms giant Vodafone announced on May 14, 2019.

LONDON - British telecoms giant Vodafone announced on Tuesday that it recorded a vast annual net loss of €7,6-billion ($8,5-billion), hit partly by the sale of its Indian assets.

The loss after tax in the 2018/2019 financial year to the end of March contrasted with a profit of just under €2,8-billion last time around, Vodafone said in a results statement.

"The loss for the financial year of €7,6-billion was primarily due to a loss on disposal of Vodafone India (following the completion of the merger with Idea Cellular) and impairments," Vodafone said.

Net losses including non-controlling interests hit just over eight billion euros. That compared with a profit of €2,4 billion a year earlier.

The poor performance was sparked partly by a €3,4-billion loss from the sale of Indian operations.

The London-listed firm also took a €3,5-billion write-down on the shrinking value of its activities in India, Spain and Romania.

"We are executing our strategy at pace and have achieved our guidance for the year, with good growth in most markets but also increased competition in Spain and Italy and headwinds in South Africa," said chief executive Nick Read.

"These challenges weighed on our service revenue growth during the year, and together with high spectrum auction costs have reduced our financial headroom."

Back in November, Read launched a €1,2-billion cost-cutting plan aimed at transforming the company's fortunes.

"The group is at a key point of transformation," he said on Tuesday, adding Vodafone was "radically simplifying our operations, generating better returns from our infrastructure assets and continuing to optimise our portfolio".

"To support these goals and to rebuild headroom, the board has made the decision to rebase the dividend."

Tuesday's results come after Vodafone sold its New Zealand subsidiary this week to an investment consortium in a deal worth NZ$3,4-billion (US$2,2- billion).

Vodafone and Idea flagged the tie-up in March 2017 and the deal is expected to further shake up India's giant telecom industry.