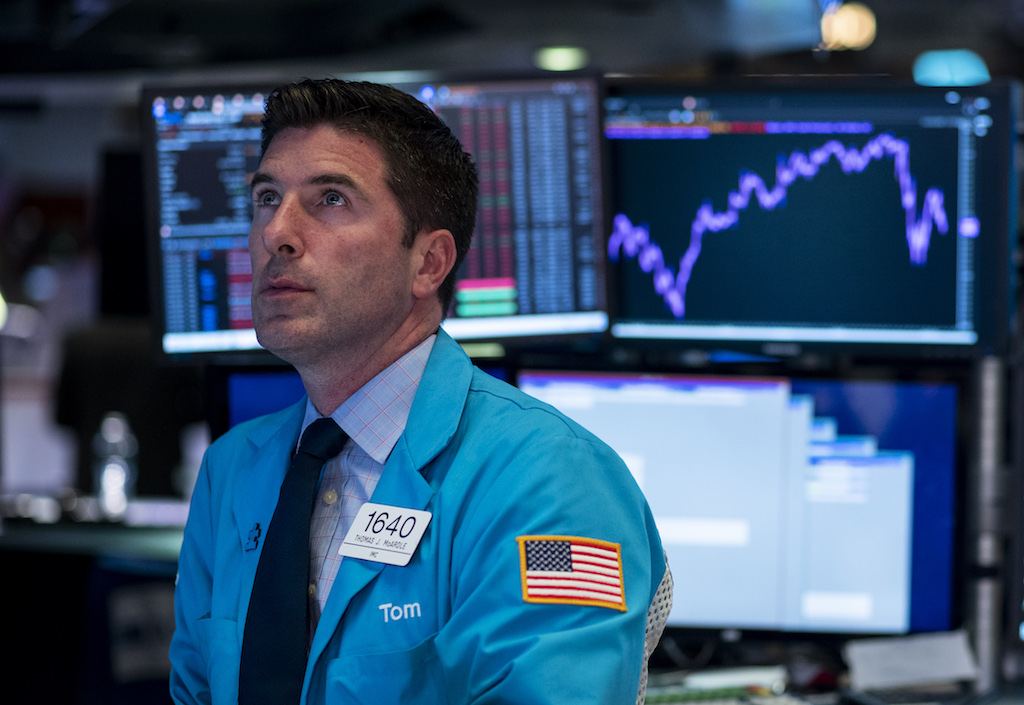 A trader works looks at how the market is doing at the New York Stock Exchange (NYSE).

NEW YORK - Dimming prospects for a US-China trade deal and sinking US Treasury yields weighed on Wall Street on Monday, sending major indices down more than one percent.

The New York trading hub suffered a bruising session after bourses in London, Paris and Frankfurt all declined, with the mushrooming crisis in Hong Kong another negative catalyst.

Analysts said the latest escalations between Washington and Beijing on trade marred sentiment, contributing to a flight from risky assets and towards traditional safe havens like gold.

Goldman Sachs said last week's manoeuvres suggested the fight "appears to have escalated into a full-blown conflict," adding in a report that they no longer expect a trade deal between Beijing and Washington before the 2020 presidential election.

Goldman said the hit from lower capital spending due to the trade war could hit US growth by an additional 0.1 to 0.2 percent, an estimate of the "total uncertainty and sentiment drag," said the note.

The yield on the 10-year US Treasury, often seen as a barometer of expectations for future economic growth, slumped sharply.

Other factors weighing on stocks included mounting unrest in Hong Kong that shuttered the airport, an upset victory in an Argentina primary election by populist centre-left candidate Alberto Fernandez that slammed the peso, and a mushrooming political crisis in Italy and expected a no-confidence vote on the government.