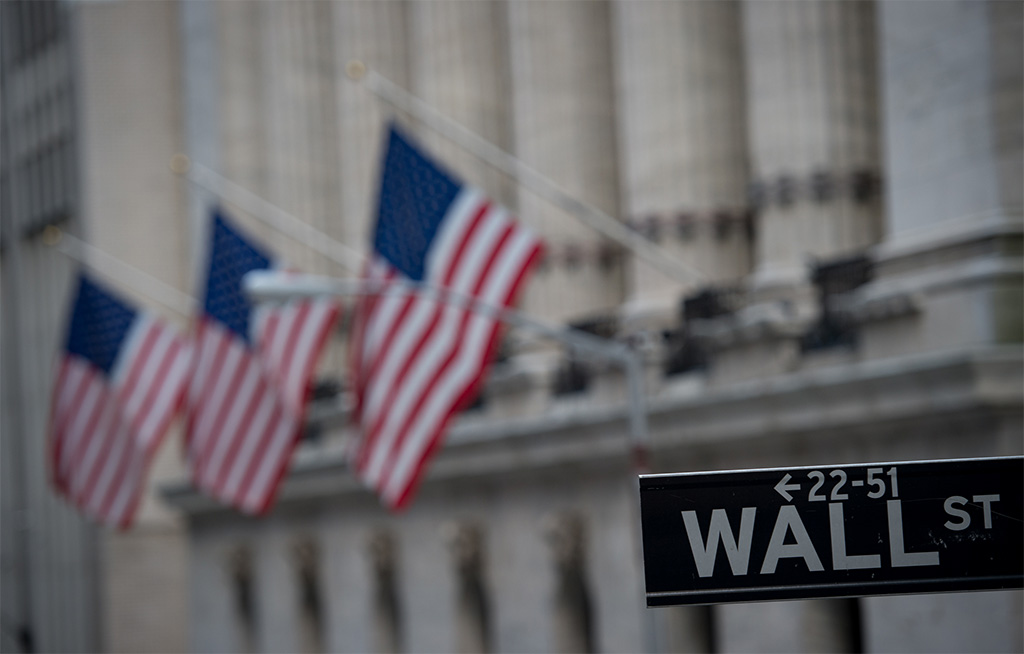 NEW YORK - US stocks dropped on Friday, as shares of chipmakers sank on a warning from sector major Broadcom of a broad weakening in global demand and Chinese data pointed to the worst slowdown in industrial growth in 17 years.

Shares of Apple Inc also slipped 0.85 percent and weighed the most on the S&P 500 and the Nasdaq. Broadcom is a major supplier to the iPhone maker.

"This is driven by the lack of agreement with China. Everyone knows that if and when this deal gets done, there is going to be a positive reaction from semiconductors," said Kevin Miller, chief investment officer at E-Valuator Funds in Minneapolis, Minnesota.

Losses in chip companies, who both source product and sell heavily in China, dragged the benchmark S&P 500 index lower, with the Philadelphia Semiconductor index tumbling 2.80 percent.

"People are backing off of optimism that a trade deal will get done and it'll probably drag out longer into the year," said Ryan Nauman, market strategist at Informa Financial Intelligence in Zephyr Cove, Nevada.

Earlier in the day, global stocks fell after China's industrial output growth in May slowed below expectations and showed signs of weakening demand.

Technology stocks fell 0.83 percent, the most among the 11 major S&P sectors. The trade-sensitive industrials slipped 0.54 percent, with 3M Co weighing on the sector. Shares 3M also added to pressure on the Dow.

The S&P 500 index has so far gained 4.8 percent in June and was on track to record a second straight week of gains on hopes the Federal Reserve will soon cut interest rates.

A Fed meeting next week may provide the acid test of market expectations that the US central bank could cut rates as much as three times this year, while a G20 summit at the end of the month may yet yield more progress on a trade deal.

In a bright spot, data showed US retail sales increased in May and sales for the prior month were revised higher, suggesting a pick-up in consumer spending that could ease fears the economy was slowing down sharply in the second quarter.

Online pet products retailer Chewy Inc rose 63 percent in its market debut on Monday, at a valuation of over $14-billion and joined a host of high-profile companies, such as Lyft Inc and Uber Technologies Inc that listed on US stock exchanges this year.