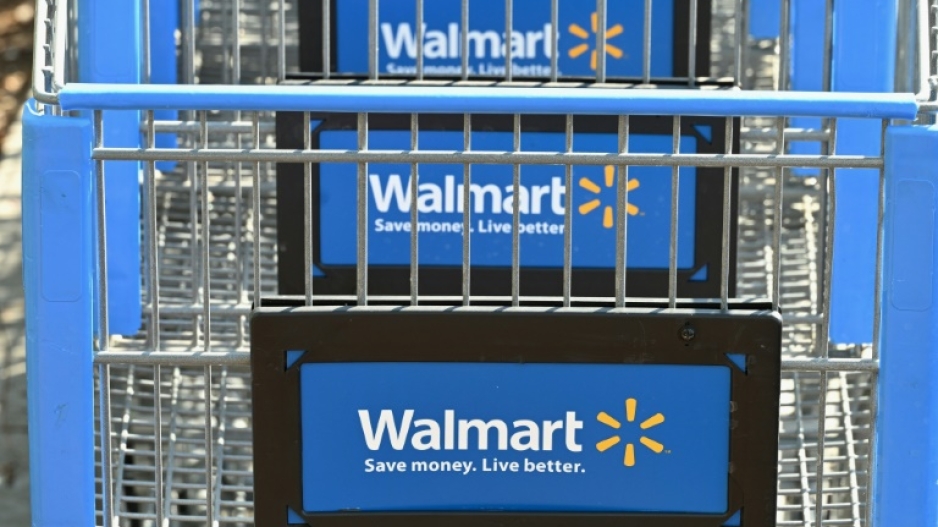 Walmart is seeing elevated demand for grocery items due to inflation, but less interest from consumers in apparel and electronics. AFP/Robyn Beck

The big-box retailer, which stunned Wall Street three weeks ago by cutting its profit forecast, ended up reporting better-than-expected results for the latest three months, following a late-July improvement in business.

The chain even tweaked its latest profit forecast in a positive way as ebbing gasoline prices and a rise in back-to-school shopping boosted activity.

The news sent shares higher, however, executives continued to signal they expect the headwinds facing customers to persist.

"I think this inflationary environment is going to last for a while," Chief Executive Doug McMillon said on a conference call with analysts. "So people are going to be value conscious, which plays to our strength."

Revenues for the second fiscal quarter ending July 31 rose to $152.9-billion, an 8.4 percent increase from the same period of last year.

Profits jumped 20.4 percent to $5.1-billion, though some of the increase was connected to the accounting for an asset sale in Brazil.

Walmart's US comparable store sales rose 6.5 percent from a year ago, but the company expects the pace to slow to about three percent growth in the second half of 2022.

Higher gasoline prices, along with elevated costs for grocery staples have prompted more consumers to "trade down" to lower-priced goods.

In general, as consumers have to spend more on groceries, demand has fallen for apparel, electronics and home products, leading to more promotions in these areas.