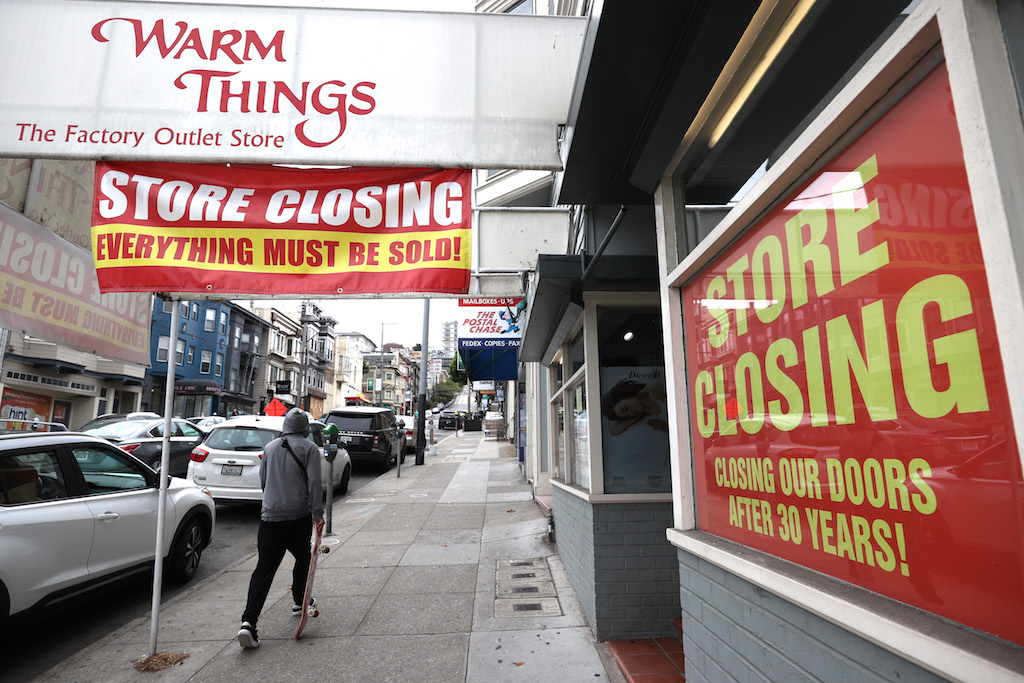 A pedestrian walks by a store that is closing in San Francisco. More than 2,000 businesses in the San Francisco Bay Area have permanently closed and many more small businesses are struggling to stay open. AFP/Justin Sullivan

WASHINGTON - The White House changed tactics yet again on boosting the pandemic-hit US economy, this time urging lawmakers to back a plan to help small businesses weeks ahead of the presidential election.

In a letter to Congress, White House chief of staff Mark Meadows and Treasury Secretary Steven Mnuchin urged backing for a bill allowing some $130-billion in unused funds from a previous support plan to be redirected.

READ: It's prime time to start a business, says entrepreneur

The money would be earmarked for businesses, particularly small and medium-sized companies, that are facing declining revenues while negotiations for more support drag on.

"Now is the time for us to come together and immediately vote on a bill to allow us to spend the unused Paycheck Protection Program funds while we continue to work toward a comprehensive package," the letter said.

It is unlikely that Democrats will accept the request with about three weeks left until the November 3 election and as Trump trails challenger Joe Biden badly in opinion polls.

House Speaker Nancy Pelosi, who is negotiating with the administration, has already rejected any idea of targeted measures, saying she wants broad economic support that she believes will boost activity.

The White House's new strategy comes after a week in which Trump and his team had already switched tactics, jumping between cutting off talks, returning to the negotiating table and targeted measures -- but without much success.

The coronavirus has hit the US economy hard: nearly 11 million people are unemployed, and a total of 25 million people have seen their incomes drop and are relying on public aid.

Many small businesses are facing cash-flow problems that threaten their survival, while larger companies have started mass layoffs, a wave that experts agree will be difficult to control without a boost from the federal government.