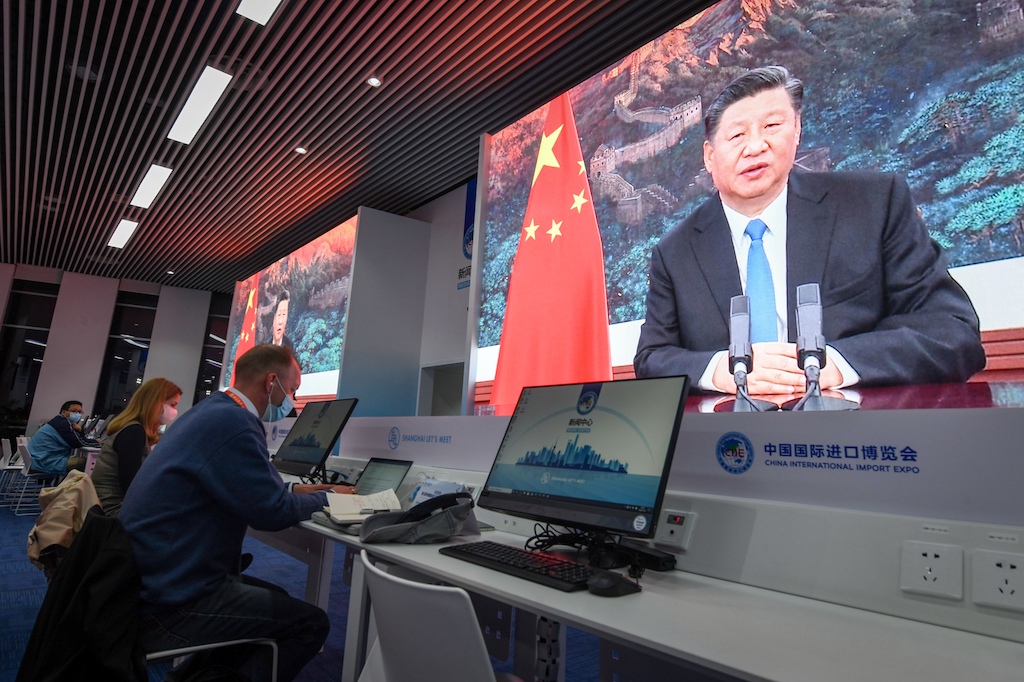 PARIS - Chinese President Xi Jinping was on Monday slated to open an all-virtual World Economic Forum, with his country still appearing on track to emerge stronger from the coronavirus pandemic that continues to wreak havoc elsewhere.

US President Joe Biden will be absent from the week-long online gathering, as he tackles urgent and daunting challenges at home.

The January 2020 WEF, which took place in its usual Swiss Alpine resort of Davos, saw the global elite just starting to worry about a pandemic that surfaced in China a month earlier.

A year on, the coronavirus is leaving a mounting death toll, upending economies and depriving millions of people of work.

And initial optimism about a swift, smooth vaccine rollout ending the pandemic has ebbed in the face of distribution hiccups and new virus variants.

But China and Asian countries in 2021 are making a strong comeback from the virus that hit them first.

In virtual format because of the pandemic, this week's event is headlined: "A Crucial Year to Rebuild Trust."

Showing up from Asia are China's and South Korea's presidents as well as the prime ministers of India and Japan.

Following the first virtual session, Davos will move in May to Singapore, far from the luxury Swiss ski resort where it has taken place since it was launched in 1971, the brainchild of German professor Klaus Schwab.

The stated reason for the change is health and safety, as the city-state has recorded just 29 COVID-19 deaths.

A virtual forum is not particularly attractive for the world's well-heeled movers and shakers, who value huddles behind closed doors in fancy hotels over meetings in formal settings.