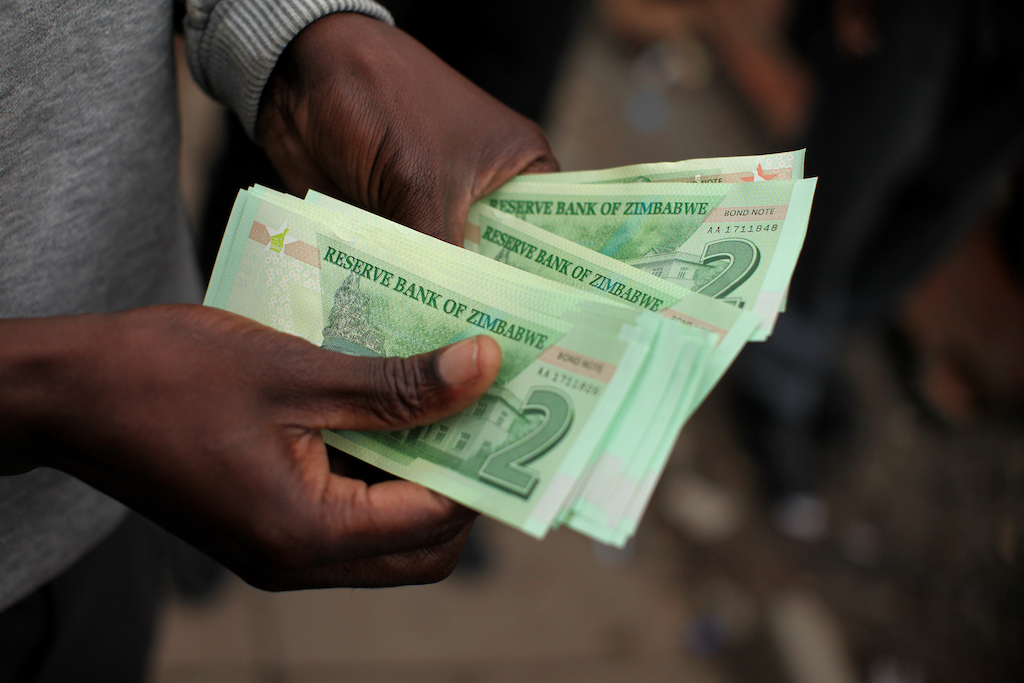 File: Unions are demanding that government employees should be paid US dollar-indexed salaries.

HARARE, Zimbabwe - In its latest attempt to tackle a chronic cash shortage, Zimbabwe's central bank on Monday banned cash transactions using the mobile money service, amid a surge in prices of goods and services.

Years of economic crisis have left the country short of bank-notes and commercial banks have been rationing cash withdrawals to a maximum daily limit of 100 ZWL (R151,46) per customer, forcing people to turn to electronic financial transactions.

Most use mobile money transaction through cellphones.

But when cash is required for things like bus fares or tomatoes from a street vendor, people have turned to mobile money service operators via their mobile phones.

They are then charged commission fees of around 40 percent when they go their mobile phone company's offices to receive the cash.

In a statement, the bank said "some economic agents are engaging in illegal activities abusing the cash-in, cash-out and cash-back facilities" by charging exorbitant commissions.

It said the high commission fees "have the negative effect of distorting pricing of goods and services", as it directed all mobile payment system providers "to discontinue cash-in and cash-out with immediate effect".

According to Harare-based independent economist Victor Bhoroma, "there is a massive cash shortage in the local economy".

"Because of that cash crisis, mobile money agents have been taking advantage by selling cash at premiums of upwards of 40 percent," he told AFP.

The IMF last week said "policy actions are urgently needed to tackle the root causes of economic instability" in the southern African country.

Inflation soared to nearly 300 percent in August spurred mainly by a collapsing currency, according to the International Monetary Fund, raising fears of hyperinflation that forced the country to trash its own currency in 2009 for the US dollar.

A former regional breadbasket, Zimbabwe is in the throes of a severe economic crisis that has forced millions to emigrate in search of better opportunities.

President Emmerson Mnangagwa, who took over from the now late Robert Mugabe, after a military-led coup in 2017, promised to revive the economy but many Zimbabweans say they are worse off now under the new government.