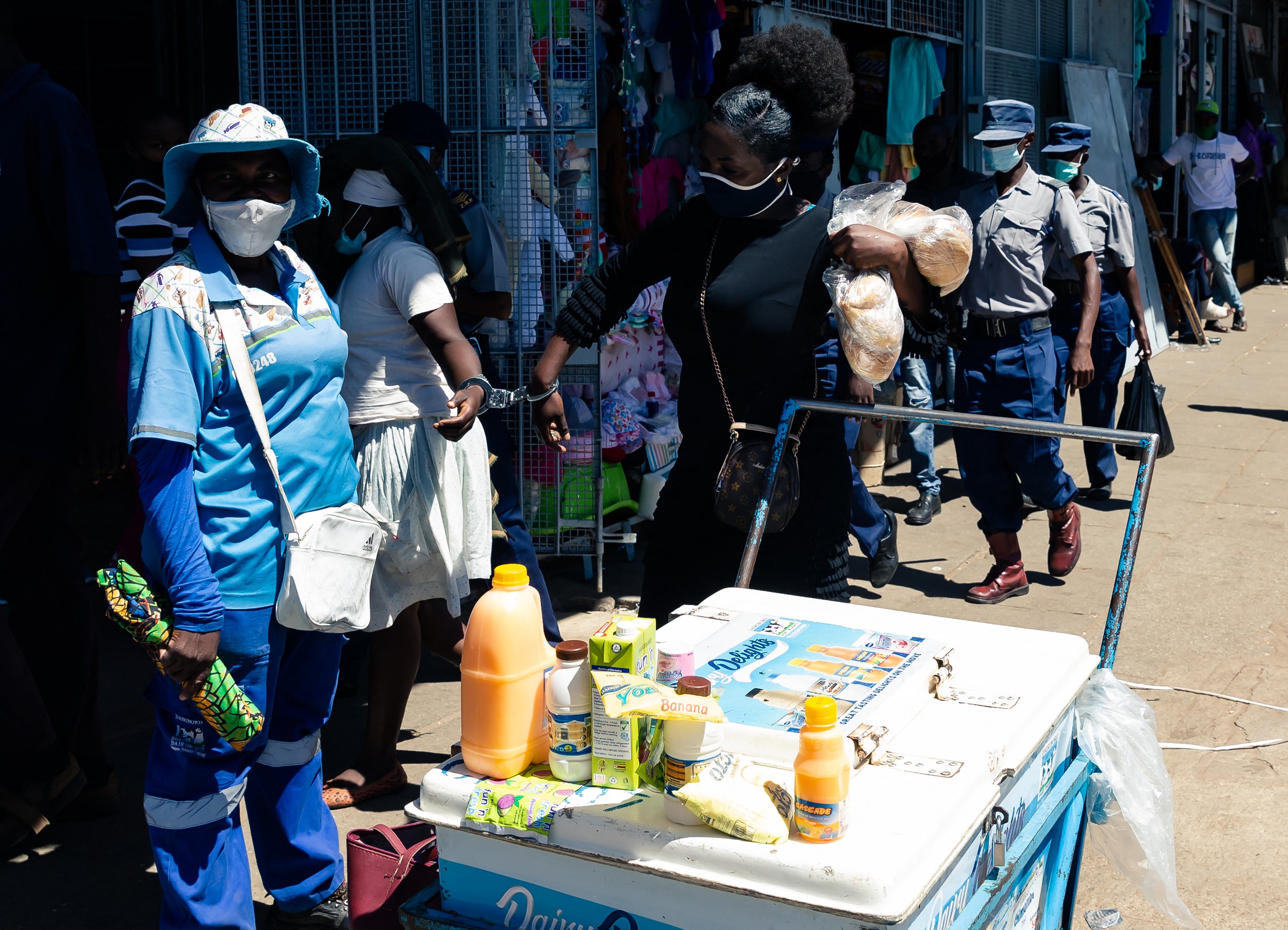 File: An informal trader who makes her living selling buns, is seen in Harare. AFP/Jekesai Njikizana

"This year we expect growth in the order of 7.8 percent, up from -4.1 percent," minister Mthuli Ncube told AFP.

His outlook was more than twice the level forecast by the International Monetary Fund (IMF), which projects 3.1 percent growth.

The pandemic hit just as Zimbabwe's economy had contracted by six percent in 2019, partly due to the impact of monster cyclone Idai and a devastating drought that hit southern Africa.

"We could have had much stronger rate of growth than we currently expect, but we still have strong growth nonetheless," Ncube said in a video interview.

Zimbabwe has been struggling for over a decade marked by hyperinflation and an economic downturn, but the minister insisted that "the Zimbabwe economy is fixable".

"The currency is stable, there is macro-economic stability, inflation is falling fast and government finances are sound," Ncube said, adding the agricultural sector was expecting a bumper grain harvest with levels last seen 38 years ago.

Inflation has started to slow down from around 700 percent last year, to nearly 162 percent last month, according to official data.

Ncube came into office after the disputed 2018 disputed general election, when Zimbabwe faced foreign currency and cash shortages, an unsustainable budget deficit and difficulties re-engaging with international lenders and investors after the Robert Mugabe era.

The minister said government had been engaging creditors and has started repaying its $8.0 billion external debt, owed to lenders such as the African Development Bank, the World Bank and the Paris Club.

"We have begun token (re)payments," he said.

The minister rejected recent reports of Covid-19 vaccine shortages in the country, which has administered slightly more than a million jabs among its 15 million people.

"We have 700,000 vaccines still in stock. We actually dont have a physical shortage, just a distribution factor," he said.