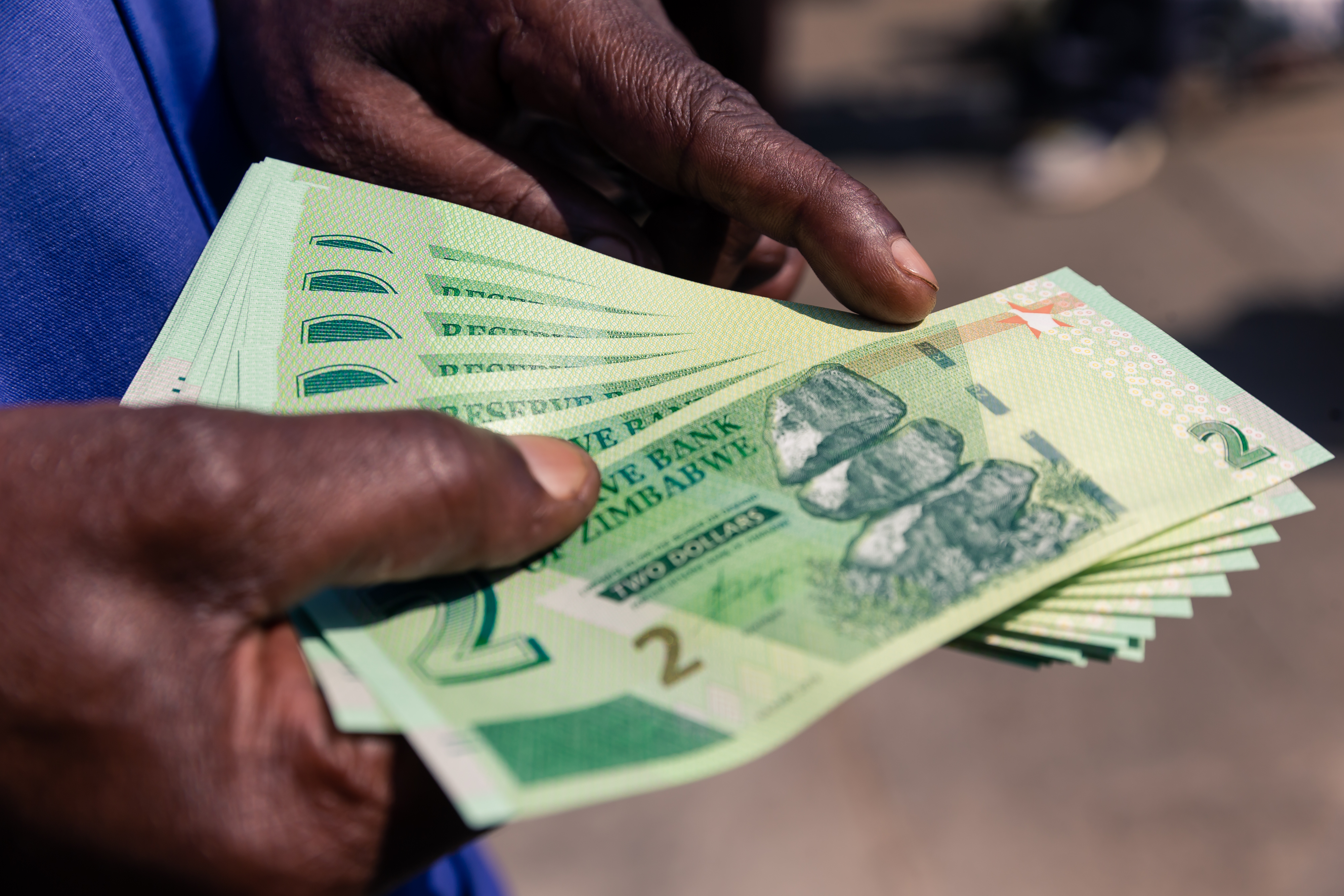 File: The July inflation rate of 837.53 percent, which was announced by the Zimbabwe National Statistics Agency on Twitter, compares with 737.3 percent in June.

"The year-on-year inflation rate for the month of February as measured by the all-items CPI (consumer price index) stood at 540.16%," the Zimbabwe National Statistics Agency tweeted.

Zimbabwe last year suspended the publication of annualised consumer price data in June, when inflation at 176%.

The local currency has fallen from parity against the US dollar a year ago, to around 18 Zimbabwean dollars (ZWL) per greenback although on the black market the rate is over 30.

In February 2019 Zimbabwe launched currency reforms including reintroducing the local currency and banning the use of the US dollar in a bid to solve a chronic monetary crisis.

The US dollar had been the national currency since 2009 when the country trashed its own worthless currency when hyperinflation reached 500 billion percent.

The latest inflation figures are stoking fears of a return of the kind of hyperinflation that wiped out savings 10 years ago when the economy collapsed and prices of goods and services skyrocketed every day.

President Emmerson Mnangagwa, on taking over from long-time ruler Robert Mugabe, promised to revive the economy.

But nearly two years later, the economy is floundering with many goods including fuel, medicines, and the staple cornmeal in short supply and many Zimbabweans saying they are worse off than they were under Mugabe.