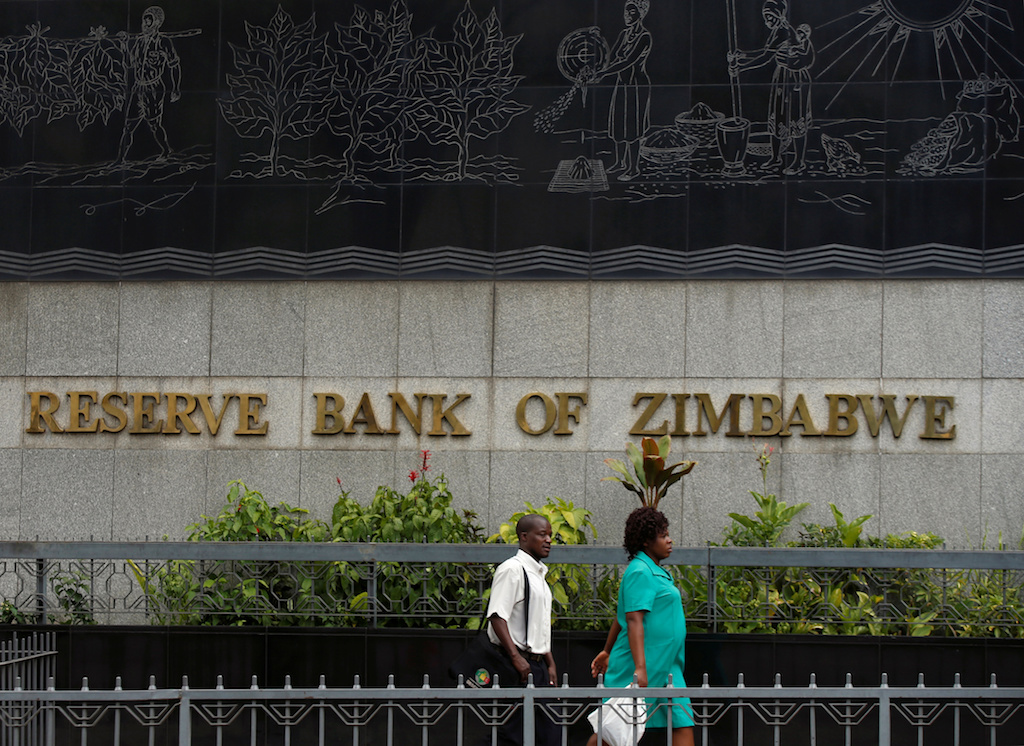 People walk past the Reserve Bank of Zimbabwe building in Harare, Zimbabwe, February 25, 2019.

HARARE - Zimbabwe's central bank will introduce some notes and coins in the Zimbabwe dollar currency in the next two weeks, the latest step towards restoring the domestic currency, central bank governor John Mangudya said on Tuesday.

The new money, consisting of 5 dollar notes and 2 dollar coins, will be introduced gradually to avoid driving up inflation, Mangudya said. It will circulate alongside the bond notes and coins introduced in 2016 as a surrogate for US dollars, which the country was then mainly using in lieu of its own currency.

The central bank unexpectedly reintroduced the Zimbabwe dollar on June 24, ending a decade of dollarisation.

Zimbabwe had abandoned its own currency in 2009 after it was wrecked by hyperinflation.

"We thought of being conservative (in introducing low denomination notes and coins) and we will graduate with time," Mangudya told reporters after a two-day monetary policy committee meeting.

It was the first meeting of the MPC since finance minister Mthuli Ncube appointed its members last month.

Zimbabwe is grappling with the worst economic crisis in a decade, marked by shortages of foreign exchange, fuel and medicines, three-digit inflation and 18-hour daily power cuts.