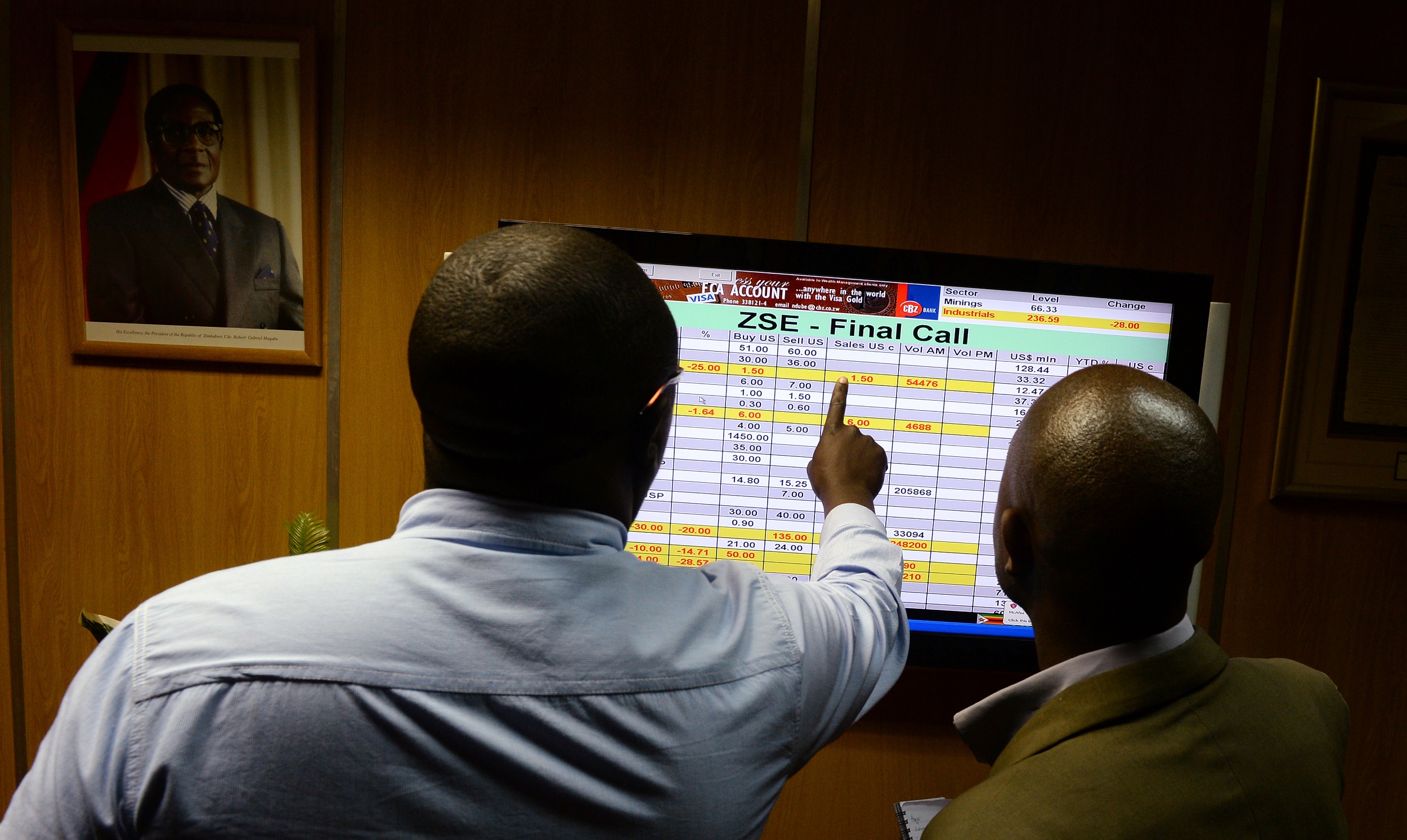 File: Trading opened on Monday but without some of the major stocks such as the international insurance giant Old Mutual.

HARARE - Trading resumed on the Zimbabwe stock exchange on Monday a month after it was ordered to halt business by authorities scrambling to protect the country's currency, the bourse chief said.

At the time, government claimed that mobile-phone money transfer systems were conspiring with the help of the ZSE "in illicit activities that are sabotaging the economy".

Trading opened on Monday but without some of the major stocks such as the international insurance giant Old Mutual.

"Market now open and first trade done," tweeted the bourse's CEO Justin Bgoni, adding "it has been an excruciating time since 29 June".

Finance Minister Mthuli Ncube last week said a probe by the country's financial intelligence unit had established that some listed entities "acted out of line" with rules and best trading practices.

He singled out Old Mutual to have been a "key driver of parallel market pricing behaviour".

The stock exchange boss said they were "now working on the modalities of getting trading on those companies resuming".

Zimbabwe is being buffeted by its worst economic crisis in over a decade, characterised by hyperinflation and scarcity of basics like fuel and cornmeal.