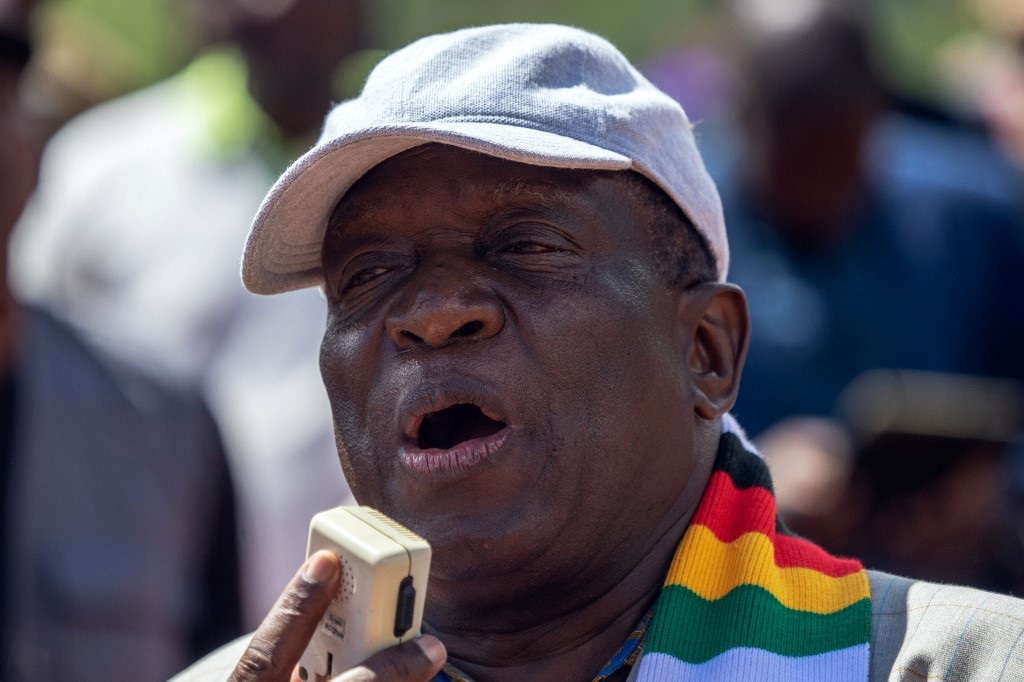 Zimbabwe's President Emmerson Mnangagwa adresses residents of Ngangu, a township of Chimanimani during his tour of the affected areas, following a devastation by cyclone Idai on March 20, 2019.

HARARE - Zimbabwe President Emmerson Mnangagwa opened a UN wildlife summit on Monday with a call to lift the global ivory trade ban so that the country can sell $600-million (R8.5-billion) of stockpiled tusks.

Mnangagwa said selling the elephant tusks and rhino horns would enable the impoverished nation to fund conservation efforts for 20 years.

Zimbabwe, Botswana, Namibia and Zambia have all cited the growing number of elephants in some areas in their bid to have the ban relaxed, angering many conservationists.

Opening the UNEP wildlife economy summit in Victoria Falls, Mnangagwa called "for the free trade in hunting products as these can have an important impact on national and local economies."

"Currently Zimbabwe has about $600-million worth of ivory and rhino horns stocked -- most of which is from natural attrition of those animals.

"The revenue would suffice to finance our operational conservation efforts for the next two decades."

The Convention on International Trade in Endangered Species (CITES), which prohibits the sale of ivory, is under pressure from southern African countries that have seen growing elephant numbers.

But over the past decade, the population of elephants across Africa has fallen by about 111,000 to 415,000, largely due to poaching, according to the International Union for Conservation of Nature (IUCN).

Botswana recently sparked controversy by lifting its ban on hunting, saying the move would help control a booming elephant population that was damaging farmers' livelihoods.