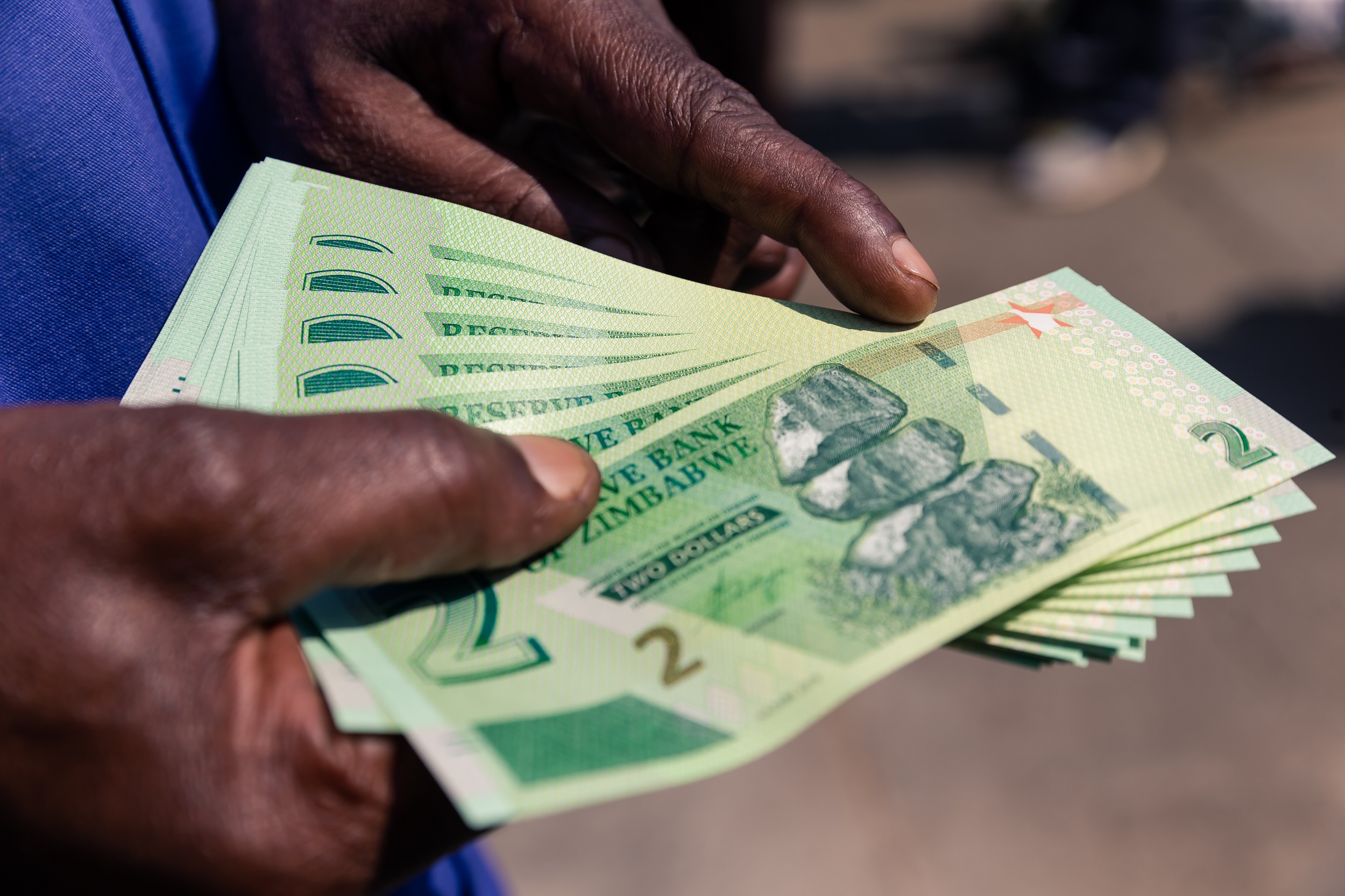 File: Zimbabwe's economy has been on a downturn for over a decade characterised by scarcity of foreign currency. AFP/Jekesai Njikizana

HARARE - Zimbabwe's top mobile money transfer firm Ecocash said it has capped individual daily transactions to $60 on the directive of the central bank after it was blamed for galloping inflation.

Ecocash, a subsidiary of telecommunications giant Econet, said the central bank had ordered it to peg transactions to a maximum of 5,000 Zimbabwe dollars (US$60) per person "with immediate effect".

In a dramatic move two months ago, the government abruptly suspended mobile money transactions provided by telephone operators and halted all trade on the country's stock exchange, accusing them of being complicit in illicit financial activities.

The bourse resumed trading on 3 August.

In a country where cash is scarce Econet transactions, through its subsidiary firm Ecocash, accounts for around 90 percent of all business transactions including buying daily groceries.

Zimbabwe is being buffeted by its worst economic crisis in over a decade, including scarcity of basics like fuel and cornmeal.