Businesses to sue Numsa over damages 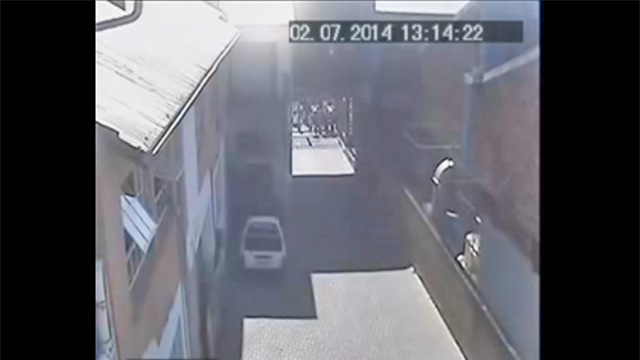 Alleged NUMSA members strike outside a factory in Booysen, they are seen throwing objects onto factory premises. Line Rod

JOHANNESBURG – Some business owners are planning to take legal action against Numsa for damages to their properties amid violent strike action.

“We are looking into getting a class action against Numsa through our labour broker," said Adan Greve, Marketing Manager at Vulcania Reinforcing.

“We will be seeking damages worth R25 000 for broken windows and for damage to our truck.”

Meanwhile, SM projects manager Tony Martins said, “At this point we have gone to the police and have a case number.

“We will be claiming R50 000 from insurance for damages to our property.”

This is after more than two weeks of strike action by Numsa members in different parts of the country, which have sometimes turned violent.

When asked by eNCA.com about the impending legal action, Numsa National Treasurer Mpumzi Maqungo said, "I cannot say as to whether there is a class action being taken against Numsa, I am not in front of the emails."

“I will say that we have received more than 20 emails from lawyer representing factory owners with some complaints about the violence."

“We too have had reports of an employer coming out and aiming a gun at peaceful protesters."

“And another incident where a car hit four striking members,” he added.

There have been several reports of vandalism, intimidation and violence since the strike started.

Commenting on the disciplinary measures Numsa will take against its members, Maqungo said, “We will follow our constitution and follow the correct channels in dealing with our members."

Numsa this week presented its members with the latest wage offer,  which they rejected.

Maqungo said, “It is true indeed that after consulting with the workers they have rejected the wage agreement.”

At the beginning of this week many businesses around the East Rand were closed due to fears for the safety of their staff and property.