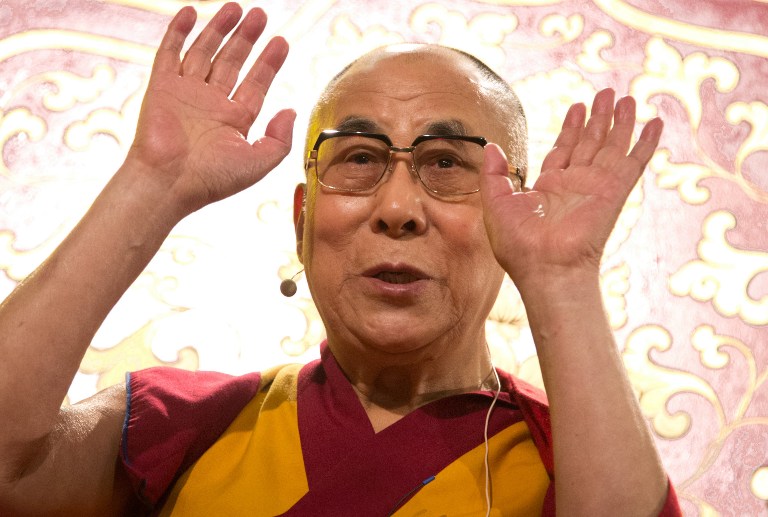 JOHANNESBURG – The Dalai Lama has been denied a visa to attend next month’s World Summit of Nobel Peace Laureates in Cape Town so that South Africa can maintain good relations with China.

The Dalai Lama’s representative in Pretoria said on Thursday that she had been told this informally, and that the Dalai Lama was now of the opinion that the matter now rests in the hands of the South African people, the government and the organisers of the summit he was invited to attend.

The Dalai Lama was invited to attend the 14th World Summit of Nobel Peace Laureates, for the first time being held in Cape Town.

Nangsa Choedon, who holds the job title Representative of His Holiness the Dalai Lama at the Office of Tibet, South Africa, on Thursday morning told eNCA that she had received a call from the Department of International Relations and Co-operation (Dirco) informing her that the Dalai Lama’s visa application, which would allow him entry into South Africa for the summit, had been denied.

“A representative called us after his application was filed at Delhi and said it would not be possible to give him a visa at this time,” Choedon said.

When asked what reason was given, she said: “We were told this was a decision taken in the national interest, so as not to disturb the relations between South Africa and China.”

She said the Dalai Lama was always concerned about the wellbeing of others and was not thinking of himself. Choedon said when she told him about the decision his response was that he will cancel his trip. But in the meanwhile he is waiting to hear about the decision formally.

“A final cancellation would depend on the organisers and the government. If he feels there is a big problem, he is considering cancellation.”

She said the Dalai Lama’s feeling that the decision on whether or not he would be welcome in South Africa “now rests solely with the people of South Africa, the government and the organisers”.

This will not be the first time the Dalai Lama has been denied entry to South Africa.

A massive controversy erupted in 2011 when he was unable to give a lecture, casting a pall over the weekend celebrations of his good friend Archbishop emeritus Desmond Tutu’s 80th birthday.

Tutu was devastated and angry, prompting the ANC to call on him to “calm down” while claiming the visa was being processed. The Dalai Lama cancelled his visit before an official denial was made, as government denied giving in to Chinese pressure over the visa application.

The Dalai Lama’s first denial of a South African visa happened in 2009. He chose not to attend Nelson Mandela’s funeral in December 2013 without giving clear reasons.

In February this year the Chinese government reacted in anger when US President Barack Obama ignored their request to not meet with the exiled Tibetan leader.

Efforts to reach Dirco for comment have been unsuccessful. Spokesman Clayson Monyela, said to be the only person handling the issue, has not responded to phone calls or an e-mail request. He is reportedly currently in China on business.

Cape Town Executive Mayor Patricia de Lille said she would be issuing a statement on the matter later on Thursday.

SA High Commission in India has received a visa application from The Dalai Lama. The application is going thru due process. No denial.

We allowed Rodavan Kritrivkjrvickick into SA but not the Dalai Lama @ClaysonMonyela your bosses are drunk bru, they must go home.