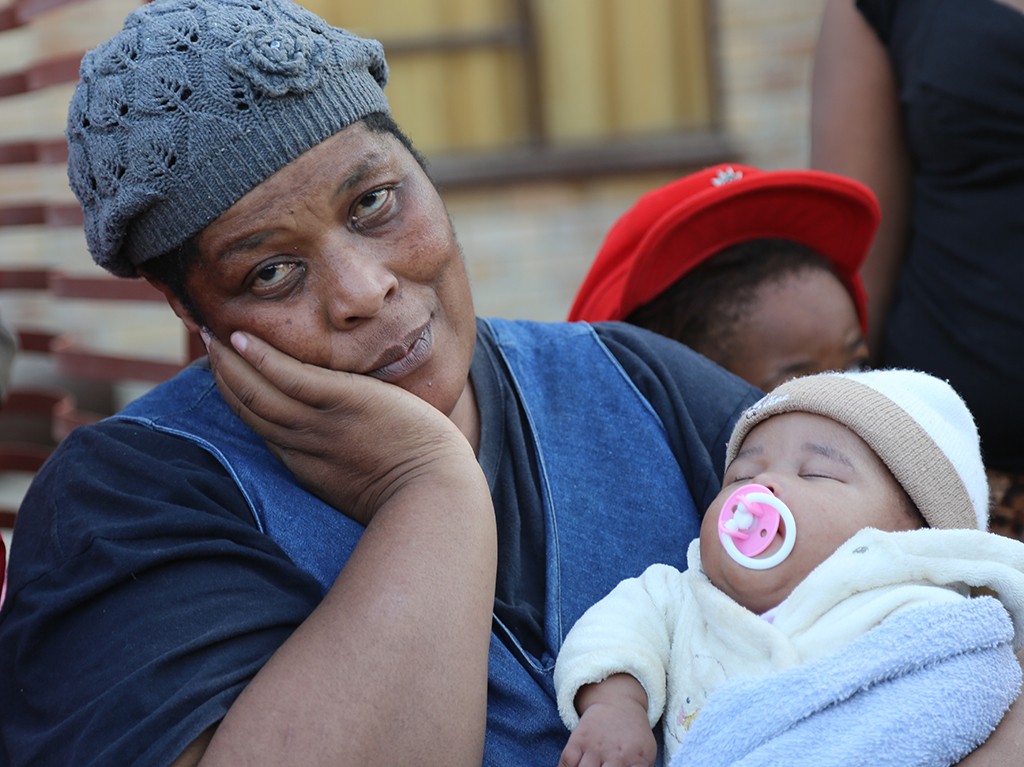 Annah Melato holds her four-month-old grandchild outside her home in Orkney, North West, on 05 August 2014. Her home was one of hundreds destroyed in the area when an earthquake hit South Africa.

ORKNEY, North West - As South Africa deals with the 5.5 magnitude earthquake that hit the county on Tuesday, one family in Orkney in the North West has told of a traumatic experience when their house was destroyed.

Annah Melato says she was inside her home in Khuma Township when she felt the tremor.

"I was inside with my child and four-month-old grandchild and the earth started shaking. Everything was shaking, the house, the furniture and the floor was cracked," she said.

She said her family was still in shock. The family of six was advised by emergency services not to enter the house again.

"We don’t have a place to sleep, we don&39;t have blankets, clothes – we have nothing. They said we cant get inside its very dangerous to get inside," said Melato.

The grandmother of three said she was fortunate that none of her family members were injured during the earthquake.

The Melato home was one of hundreds destroyed in the small North West town.

"We have just received a report that over 400 houses have been affected. The municipality is attending to them. We have asked the Tlokwe Municipality also to make sure that they work with the Matlosana Municipality," said the province’s Premier Supra Mahumapelo.

The premier was visiting some of the affected families in Khuma, on Tuesday afternoon.

He said the earthquake also hit the provincial capital of Mahikeng.

"It was bad, we were in a meeting and the meeting had to abruptly stop and we had to release the public servants immediately because we didn’t know what was going to happen next," he said.

Mahumapelo said that the government was still assessing the situation.

"There will then be a report that will be sent to the national government, they will then decide if they want to declare a disaster area," he said.

The provincial government said it would be organising accommodation and food for the affected families.

The Melato home was one of the few houses damaged in Extension six in Khuma Township.

"My house is destroyed, the furniture is also destroyed and we have nothing," he said.

Thobela added that his family had a lucky escape.

"My three children ran out of the house when the earth started shaking."

Emergency services were in the area helping to cordon off damaged houses.