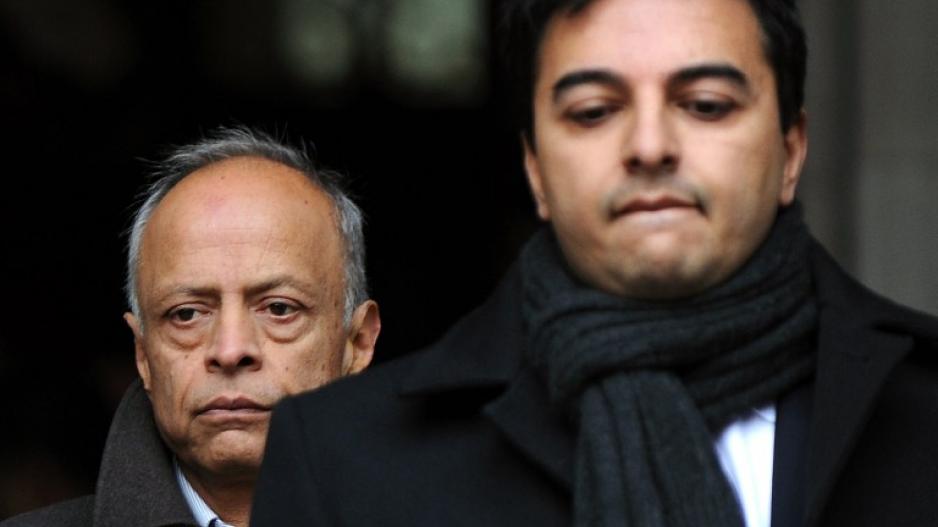 Prakash Dewani and his son Preyen leave London's High Court, following an appeal on a bail hearing for their son and brother, Shrien. The Bristol businessman is fighting extradition to South Africa, in connection with his wife Anni's murder.

Relatively little is known about the Dewani family, in comparison to Anni Dewani&39;s outspoken family, the Hindochas, who have maintained a steady presence in the media coverage of the Swedish woman&39;s murder and the subsequent trial.

Based in Westbury-on-Trym in Bristol in the United Kingdom, the wealthy Dewani family owns PSP Healthcare Ltd, which manages a chain of luxury nursing homes and retirement developments across the south-west of England and Wales. They own an estate called Prabhu Krupa Villa, in an affluent neighbourhood of Westbury-on-Trym.

According to a family profile on the International Network for Asian Businesses, Shrien Dewani&39;s grandfather Prabhudas emigrated to the UK from Kenya, where he set up shop with his son, Prakash, a pharmacist.

Shrien Dewani has a brother, Preyen and is close to his father. His mother has not featured in the coverage of his trial.

Shrien Dewani&39;s father is the owner of PSP Healthcare.

He was the first family member Shrien called following his and Anni&39;s kidnapping in Cape Town, while the couple were on honeymoon.

Dewani immediately flew himself and Anni&39;s father, Vinod Hindocha, to South Africa to be with Shrien. The three of them accompanied Anni&39;s body back to the United Kingdom on November 16, 2010, three days after she was shot dead in the back seat of a hijacked car, in the township of Gugulethu.

Dewani has proved to be very protective of his son during his drawn-out extradition hearing, promising the Belmarsh Magistrate&39;s Court he would monitor Shrien "around the clock" following a massive drug overdose that made him a suicide risk in the eyes of South African authorities. Shrien took a cocktail of 46 pills prescribed for anxiety and insomnia while in hospital, as he repeatedly delayed his court appearances, citing ill-health.

Preyen and Shrien both went to the prestigious, 500-year-old Bristol Grammar School in their home town. Preyen then studied law at Oxford University in the UK, before taking a job at Andersen Consulting.

He later joined the family business as the managing director. When Shrien came on board in 2005 to manage the finances and operations of the business, the brothers reportedly increased PSP Healthcare&39;s revenue by £3 million in 18 months.

Preyen has attended many of Shrien&39;s extradition hearings in the Belmarsh Magistrate&39;s Court. He was the first to speak out about his brothers battle with Post Traumatic Stress Disorder (PTSD).