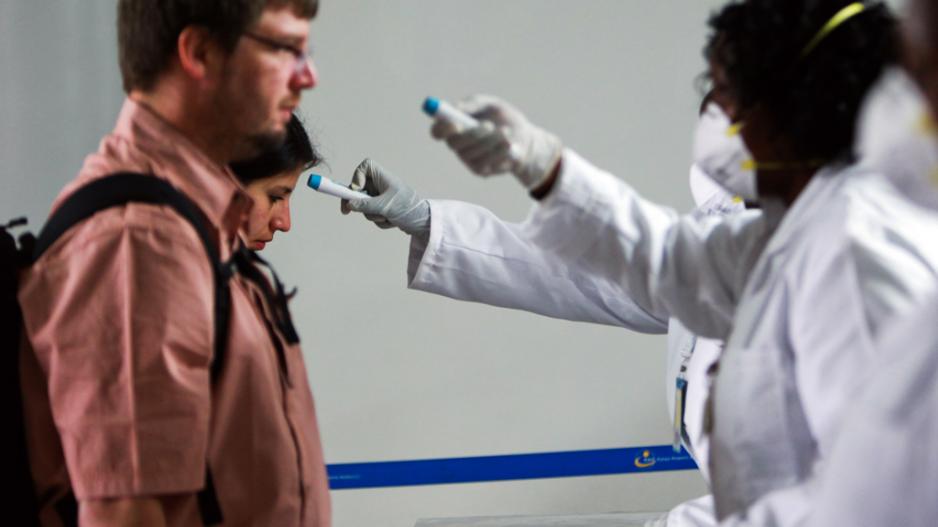 Kenyan health workers from port health service screen for temperatures on travellers coming in from abroad to check them for the Ebola virus at the Jomo Kenyatta International Airport (JKIA) in Nairobi, Kenya, 14 August 2014.

JOHANNESBURG - South Africa has not registered a case of Ebola -- Health Minister, Aaron Motsoaledi made that announcement earlier today.

When she went to hospital recently to give birth, she developed a fever, which triggered subsequent false reports of an Ebola scare due to her links with Guinea.

She was screened at the Rahima Moosa Hospital in Johannesburg, according to protocol, but blood tests proved negative for the virus and she was excluded as an Ebola risk.

The woman hadn&39;t had any contact with people infected with the virus and there was no indication she could have contracted the disease.

* eNCA reporter, Bongiwe Khumalo has the details - listen to her report in the gallery above.