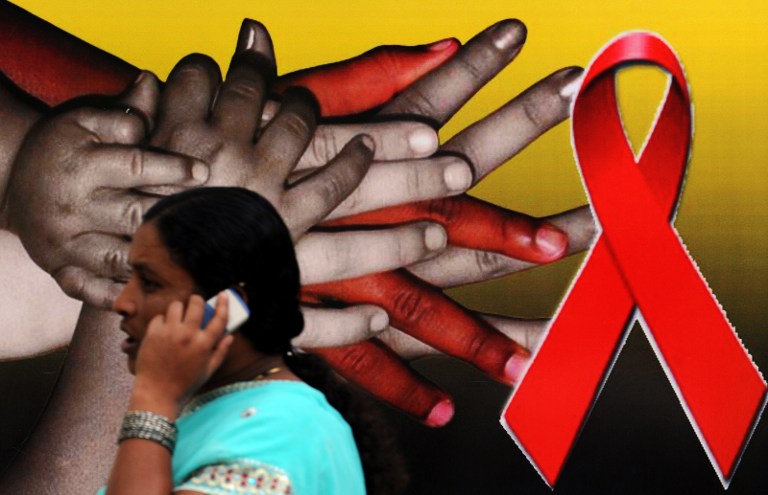 The U.N. Children's Fund said mother-to-child transmission of the HIV virus has been dramatically reduced over the last seven years and estimates that some 850,000 cases were prevented in low- and middle-income countries.

Gathering scientists, policymakers and grassroots workers, the biennial conference is the biggest single get-together on the global HIV/AIDS pandemic.

The 20th conference in Melbourne drew around 20,000 people, of whom 13,600 were delegates and the rest were members of the public who attended an outreach event called the Global Village, the International AIDS Society (IAS) said as the six-day event wound down.

The July 17-22 2016 conference will return to a venue that saw "a watershed" in the history of AIDS, said Chris Beyrer, a professor at Johns Hopkins Bloomberg School of Public Health in Maryland, who will co-chair the event.

Charged with emotion, the 2000 conference was the first to be held in Africa.

It took place at a time when each year, hundreds of thousands of Africans were dying for lack of HIV drugs that were available in rich countries but beyond the financial reach of poor ones.

Stirred by apartheid campaigner and former South African president Nelson Mandela, it unleashed the effort to bring down the cost of the drug lifeline and helped roll back AIDS denialism in the host country.

The 2016 conference will be co-chaired by Beyrer and Olive Shisana, who heads South Africa&39;s Human Sciences Research Council (HSRC).

Main topics in 2016 are likely to include progress towards providing drugs to all badly-infected people and the plight of HIV-infected women in Africa, they said.

"Coming back to Durban, after what will be 16 years after the last conference in Africa, will be a historical opportunity to close that treatment gap," Beyrer said.

The South African province of KwaZulu-Natal "has the highest rate of HIV among women anywhere in the world," he said.

"Durban is ground zero for women with HIV, and that&39;s why we feel it&39;s so critically important to be there."

The International AIDS Conference alternates with a conference on scientific aspects of the HIV/AIDS pandemic, next held in Vancouver, Canada, from July 19-22 2015.

Since 1981, around 78 million people have been infected by the human immunodeficiency virus (HIV) that causes AIDS, according to the UN programme UNAIDS. Thirty-nine million have died from AIDS-related illnesses.

In 2013, around 35 million people were living with HIV, nearly 71 percent of them in sub-Saharan Africa.

Last year, 12.9 million people in low- and middle-income countries had access to HIV drugs, but at least 28 million are eligible for them under World Health Organisation (WHO) guidelines.