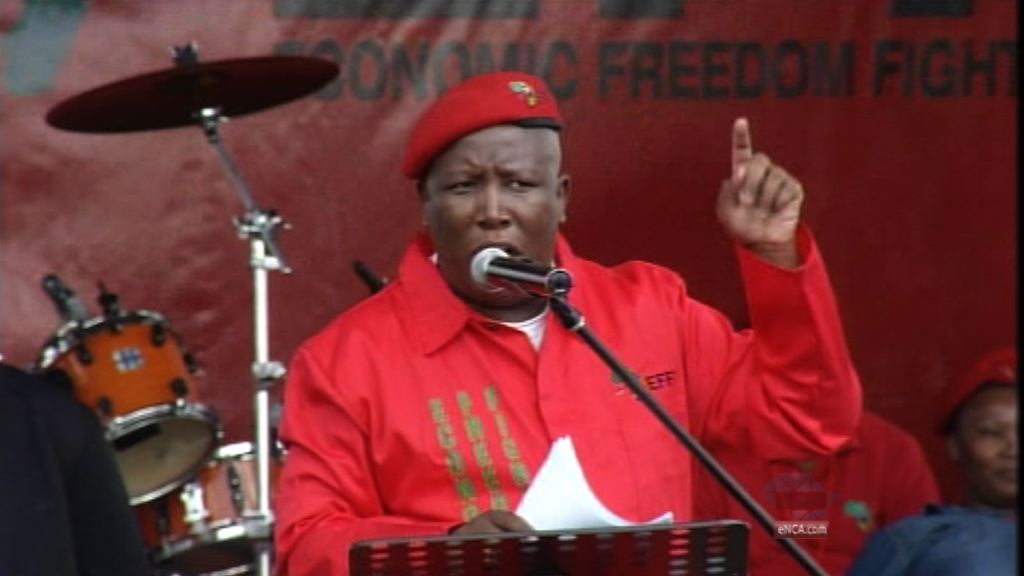 JOHANNESBURG - The ANC’s support base is under threat from the EFF, according to two political analysts, who say the Economic Freedom Fighters’ pro-poor policies are likely to appeal to the masses.
At least 50,000 people attended the EFF’s manifesto launch at Mehlareng Stadium in Ekurhuleni on Saturday.
The party believes that by nationalising banks, mines and land, it can guarantee free education up to tertiary level.
The EFF says the current political system has failed to adequately address poverty, unemployment and inequality.
The party also believes that 60 percent state ownership of banks and mines can reverse this situation
What the EFF is proposing isn’t new. Norway has successfully nationalised its oil reserves. It’s used the revenue to provide free education, healthcare and pension for its citizens. The question is whether this could this be a viable option or South Africa.
“It’s worked in Norway over a period of time, but also we need to note the distinction that South Africa has over Norway. I think the main concern in South Africa is the state’s capacity as well,” said political analyst Ralph Mathekga.
There are also concerns that these policies will scare off potential investors.
“It worries me that a hasty programme of nationalisation could damage potentially viable industries and scare off foreign investors without providing an effective alternative in the form of a credible system of public ownership,” said political analyst Daryl Glaser.
The analysts believe that EFF leader Julius Malema will also battle to convince voters that his days of opulence, as seen while he was an ANC youth League member, are truly behind him.
“Mr Malema has lived a lavish lifestyle. He has no history of rejecting a lavish lifestyle until a point where he was in trouble with the law... until a point where we have seen him having a fallout with the ANC, the new saw him rejecting that lifestyle,” said Mathekga.
While the turnout at the manifesto launch was certainly impressive, it remains to be seen whether the EFF&39;s support will be converted into votes at the polls on May 7.