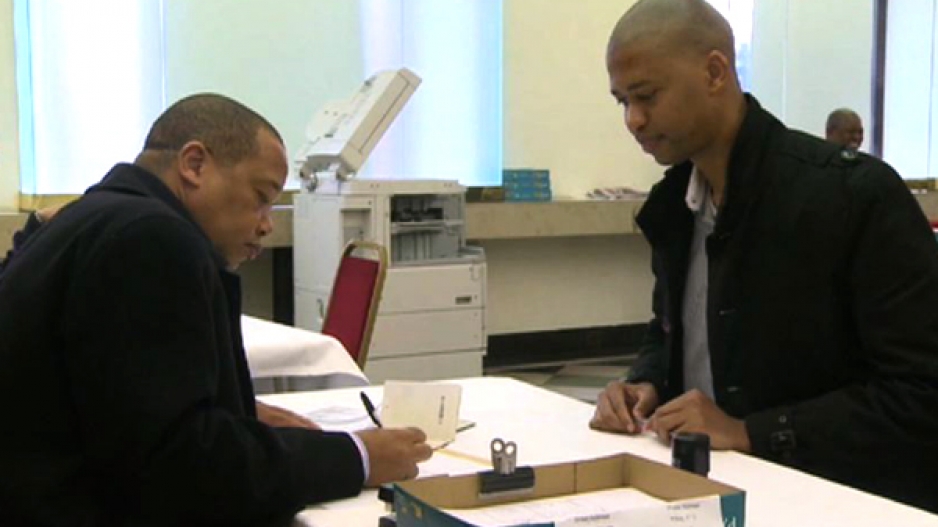 April 30, 2014: South Africans living abroad exercise their democratic right and cast the initial votes in this year's national election, with the first votes being cast in New Zealand.

LONDON - The first votes in the 2014 national election have been cast, at South African missions abroad.

Expatriates (expats) in Wellington, New Zealand were the first to make their mark last night.

More than 26,000 voters in 123 cities across the globe have registered to vote.

The SA High Commission on Trafalgar Square in London, will be the busiest - with nearly 10,000 South Africans eligible to vote.

There are some 100,000 South Africans scattered across the United Kingdom alone. While the expat vote won’t win this election, the overseas ballot is still a hot contest.

eNCA’s Nickolaus Bauer travelled to the SA High Commission on Trafalgar Square in London earlier this month to see what’s drawing &39;Saffas&39; to the polls -- watch his video report in the gallery above.

Exercising my right to vote as a South African expat. A queue I&39;m happy to stand in! pic.twitter.com/yG3rxUHgnr

I hope all of my expat friends are in queues around the world waiting to vote! Elections2014 SouthAfrica Happy voting...