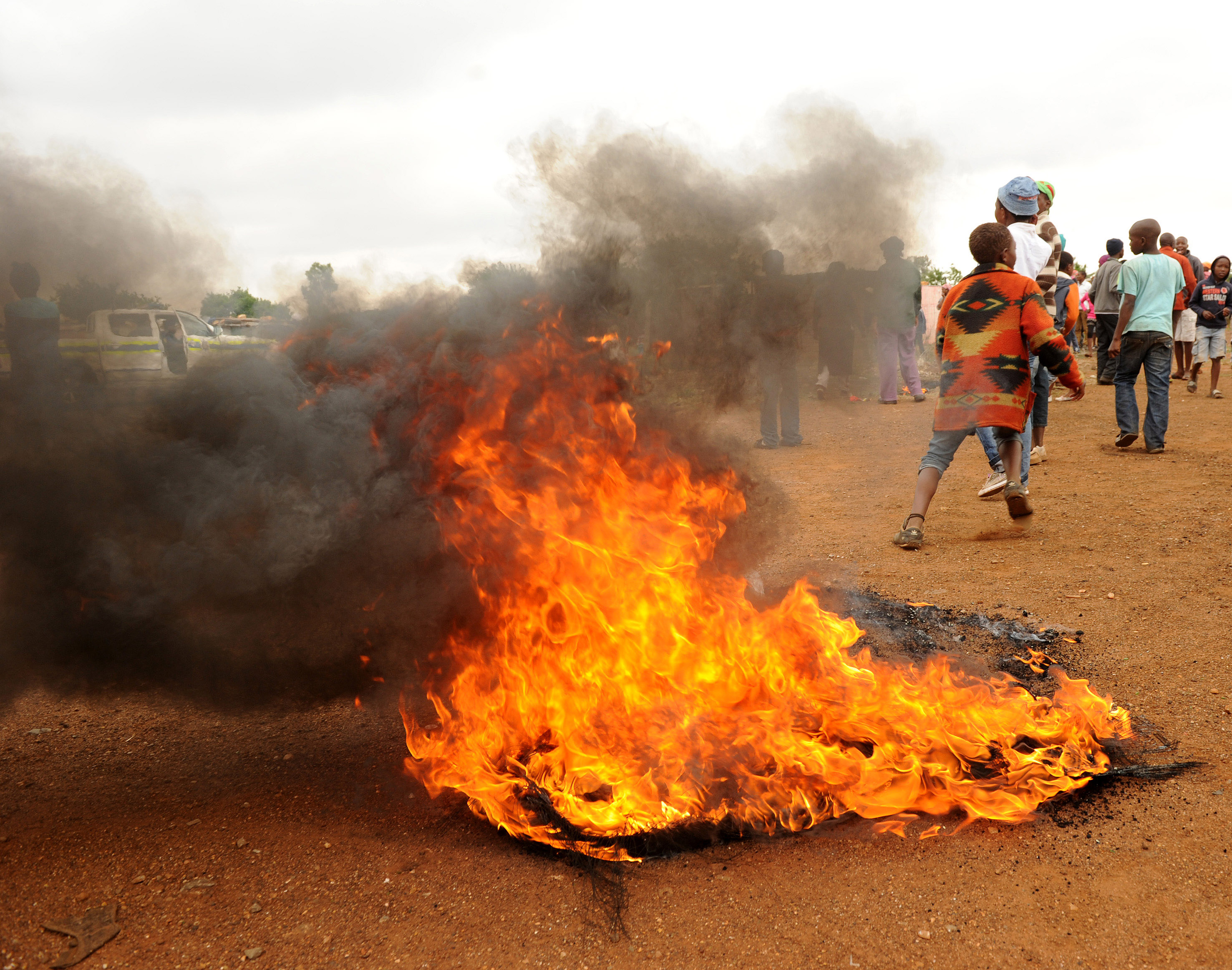 Youths set tyres alight in the troubled township of Bekkersdal in Westonaria on Monday, 28 October 2013. Police maintained a strong presence in the township whose residents have been protesting against poor service delivery in the past few weeks.

"The most serious incident of protest action is reported in Bekkersdal... where two voting stations had to be closed after opening on schedule today when petrol bombs were thrown at them and registration staff were threatened," the IEC said in a statement.

The IEC was monitoring the situation and would restore voter registration as soon as possible.

Captain Tsekiso Mofokeng could not immediately confirm that petrol bombs were thrown, but described the situation in Bekkersdal as "tense".

"There are a group of people throwing stones and marching, we are monitoring the situation."

A number of people were arrested in the area on Saturday, but it was not immediately clear how many arrests had been made.

Mofokeng could also not immediately comment on reports that the Red Ants security force had been deployed at Bekkersdal.

The SABC reported that "scores" of people were injured when residents clashed with the Red Ants in Bekkersdal.

"We are deeply shocked by the deliberate deployment of the Red Ants, given their inhumane track record and profile of treating working class and poor people with disdain and contempt."

The party called on Bekkersdal community leaders and residents not to be provoked, and questioned who was responsible for deploying the Red Ants.

"The SACP demands an urgent investigation of those who authorised the deployment of the Red Ants and for such people to be held responsible for this deliberate provocative act and for the violence that broke out in Bekkersdal."

Bekkersdal has been the site of protests over service delivery and other issues since last year, resulting in damage amounting to around R11.2 million.