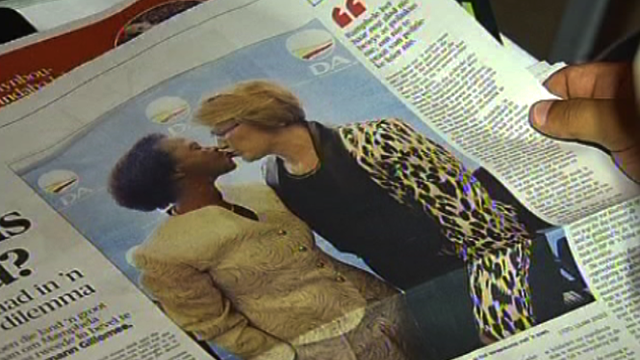 JOHANNESBURG – The sudden and public implosion of the brief Democratic Alliance and AgangSA merger has affected the personal relationship of the parties leaders, said Helen Zille.

Zille described the brief and shambolic merger as a “calculated risk”.

After announcing the merger of the two parties with much fanfare last week Wednesday, by Friday evening cracks began to show.

“You may have by now seen ‘joint’ statements issued by the Democratic Alliance (DA) in which it is claimed that I will be accepting DA membership on Monday. This is not true. Nor did I agree to any such statement,” Mamphele said.

Today Zille blamed Mamphele for an apparent &39;about turn&39;, saying it had damaged their friendship.

“I was particularly concerned on Friday when we had agreed a statement with her word by word, and she later accused us of putting out a different statement from the one that we had agreed with her. Now that was something that really gave us a knock. It certainly gave me personally a knock, because it accused us of lack of integrity,” Zille said.

Zille was however confident that the party would bounce back from this embarrassment.

“There is a phrase which goes ‘stuff happens’ but with a different word,” she said.

She said the merger fiasco would be a “10 minute embarrassment for the party”.

Zille repeatedly described the coopting of AgangSA as a risk.

“The move to bring Mamphela Ramphele into the DA was the culmination of a long process. Sometimes in politics you have to take a risk. This was a calculated risk. Sometime the risk works, sometimes it doesn’t,” Zille said.

Zille highlighted that Ramphele had insisted on remaining leader of AgangSA, while standing as DA presidential candidate.

“It is electoral nonsense. You can’t have the leader of one party being the presidential candidate for another party,” Zille said.

Zille admitted there were several issues that still had to be ironed out prior to the press conference in which the merger was announced.

“It was Dr Mamphela who insisted we have an immediate press conference …She said it has to be tomorrow,” Zille said.