We have nothing to celebrate on Freedom Day: Malema 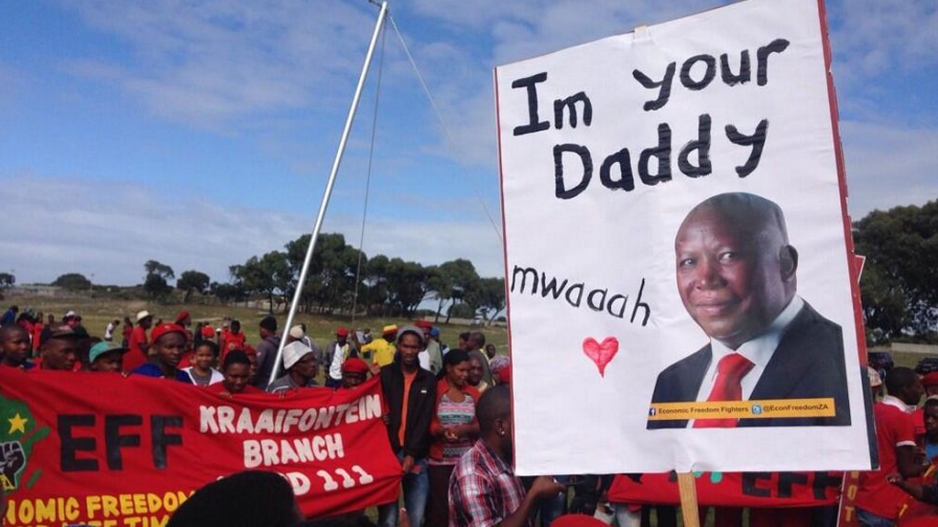 He says that South Africans, especially those in the Western Cape, are not yet free.

Speaking at a rally in the predominately coloured suburb of Mitchells Plain today, the firebrand leader also lashed out at the SABC for banning an EFF advert, saying it was an infringement of freedom of speech.

Malema has taken the fight for economic freedom to the Western Cape, where he says the province still resembles the apartheid era.

"So everytime we say we are fighting against whites don’t be confused ... we [are] referring to white monopoly capital -- it’s too long, we shorten it."

Malema went on to say that people should not support any Freedom Day rallies.

“We have nothing to celebrate on Sunday, therefore don’t get to any Freedom rally. Just go do door to door, and tell our people the freedom they have been waiting for is not yet here. The freedom is coming tomorrow and not the freedom of the African National Criminals.”

Malema emphatically denies rumours that his party could enter into an alliance after the 2014 elections.

"We want a pure mandate, we don’t want to be mixed up with the riff raff.”

Emphatic that the EFF’s Western Cape candidate Nazier Paulsen will win the Premiership in the province, Malema says drugs and gangsterism would be eliminated once the EFF was in power.

Malema: "EFF will not drive whites into the sea. Ours is not a racial struggle, it is economic struggle" @eNCAnews