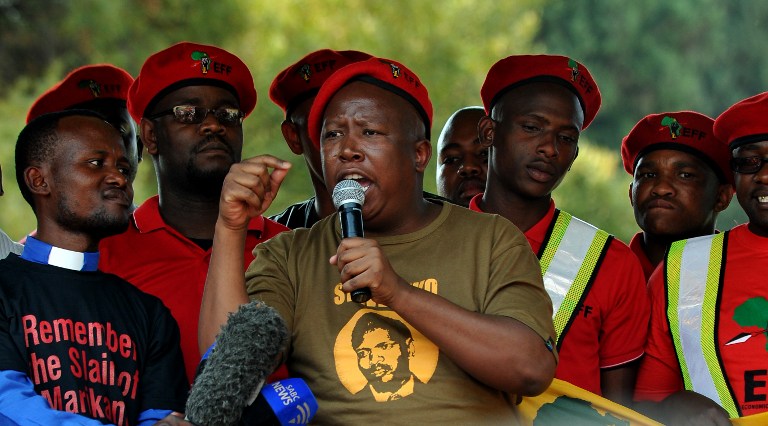 Economic Freedom Fighters' leader Julius Malema addresses miners who marched on South African government buildings in Pretoria, on September 12, 2013, protesting a lack of state funding for survivors of shootings at the Marikana mine where 44 people died.

Jobs were top of mind for a group of EFF supporters in Seshego, Julius Malema’s home township, who spoke to eNCA.com.

The group of friends spend their days eking out a living selling meat from a tshisa-nyama in the township.

The roads in the township are dusty and potholed, and the group say service delivery is poor.

“Some people don’t have a electricity, water, a well place to stay. They are staying in shacks but the government said it will provide houses but they don’t do what they promised us," said Tshepiso Jansen.

"If we can go around Seshego you can see that a lot of persons are struggling,"

On other days they have enough for cigarettes and beers, to help de-stress.

They believe EFF leader Julius Malema will create jobs in his home province of Limpopo, or at the very least create another Nkandla in the township to benefit locals.

Watch the full interview above.