Zuma: Nkandla not an issue for ordinary voters 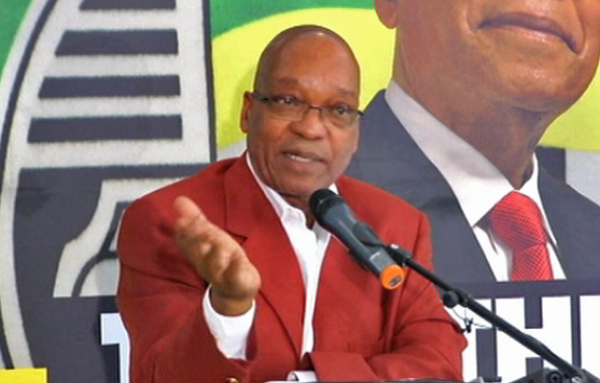 JOHANNESBURG - President Jacob Zuma says only ‘very clever and bright people’ care about the security upgrades at his Nkandla home and that ordinary South Africans are not concerned with the issue.

Zuma made the comments during the ANC&39;s final media breakfast briefing before the elections, where he took a volley of questions ranging from his election campaign to the Nkandla scandal.

“It&39;s not an issue with the voters. It&39;s an issue with the bright people. Very clever issue is a big issue. And people who have thought using Nkandla would be an important thing with the elections it has not worked," said Zuma.

The president decried inaccuracies in reporting on his homestead, claiming the media failed to acknowledge that his own family built and paid for most of the houses there, and that the Public Protector didn’t in fact find him guilty of abusing state funds.

“The phrase she uses: ‘he unduly benefited with his family. He had nothing to do with it&39;. And nobody explains that; you who always explain to people. So the impression is left Nkandla, Nkandla, Nkandla,” he said.

He even recounted the rape of a member of his household in explaining what necessitated the security upgrades.

Turning to the campaign trail, Zuma seemed unfazed by an apparent walk-out by sections of the crowd during his speech at the Siyanqoba rally.

“We did not start exactly on time and some people who came from far, they had specific times to leave. The busses must leave,” he said, describing the campaign as having gone wonderfully and predicting an overwhelming victory for his party.