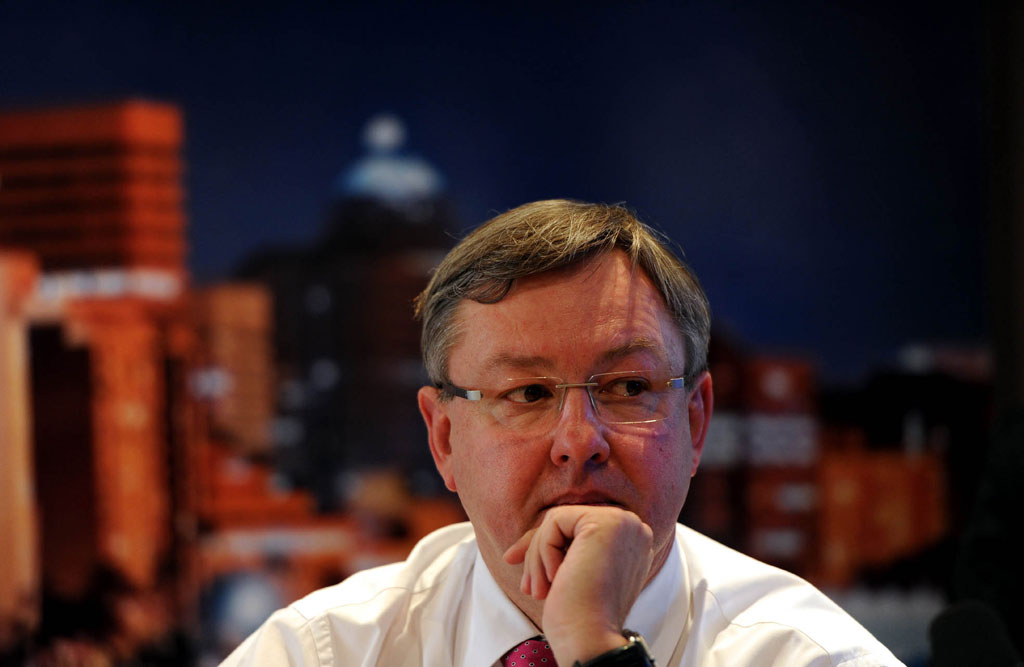 Tourism Minister Marthinus van Schalkwyk releases findings of a study of the impact of the World Cup on South Africa's tourism during a briefing in Johannesburg, Monday, 6 December 2010.

CAPE TOWN - Former tourism minister Marthinus van Schalkwyk has resigned from Parliament, but says he will remain an active member of the ANC.

After such a long and colourful political career, Van Schalkwyk&39;s future has been cause for speculation since Sunday after it became clear that he did not make the cut for President Jacob Zuma&39;s new Cabinet. See some of the musing from Twitter below.

Van Schalkwyk, whose resignation came a day after President Jacob Zuma&39;s new Cabinet was announced, has not given his reasons or said what he plans to do now that he will no longer serve as Minister of Tourism.

Zuma on Sunday shifted Science and Technology Minister Derek Hanekom into the tourism portfolio, leaving Van Schalkwyk -- who has served as a Cabinet minister for the past decade -- out in the cold and set to serve as an ordinary ANC MP.

Exactly a week ago, the department he led for the past five years was reporting that international tourist arrivals in South Africa were at an all-time high, and poised to break through the 10-million mark.

"South Africa&39;s international tourist arrivals grew at an annual average growth rate of 7.4 percent between 2011 and 2013, well above the global average of 4.5 percent during this period," it said in a statement at the time.

Last week Van Schalkwyk, who turns 55 in November this year, was sworn in as an ANC MP.

In a statement Van Schalkwyk -- who enjoyed a reputation as one of Zuma&39;s hardest-working ministers -- said he would like to thank the president "for the privilege to have served" in his Cabinet for the past five years.

"I would also like to express my sincere gratitude to have served in the Cabinets of presidents [Thabo] Mbeki and [Kgalema] Motlanthe.

"It was a singular honour to have served the ANC in Cabinet and Parliament, and I will continue to be an active member."

Van Schalkwyk joined the ANC in 2004, and served as environment and tourism minister up to 2009, and as tourism minister -- following the splitting of the two portfolios -- up to Zuma&39;s announcement on Sunday.

He was previously leader of the New National Party, which he disbanded before joining the ANC. Informally, he was referred to by his detractors as “kortbroek” (meaning short pants), a name he earned because of his boyish appearance and lack of political experience when compared to his predecessor, National Party leader FW de Klerk.

In his statement, Van Schalkwyk also congratulated his successor, Hanekom, and welcomed him to his new portfolio.

"I will ensure that a smooth and seamless handover and transition takes place," he said.

Contacted for comment on Tuesday, tourism ministry head Riaan Aucamp declined to comment further on Van Schalkwyk&39;s resignation, except to say that "this week is handover week".

Asked what his former minister&39;s future plans might be, Aucamp responded: "I have no further comment... nothing further."

Shortly before noon on Tuesday, Van Schalkwyk&39;s profile picture on the tourism ministry website was removed and replaced with one of a smiling Hanekom.

Lyndall (caller), "My suspicions is that Van Schalkwyk resigned because he might get an ambassadorial posting!" Hmmm... powertalk

Good to see remnants of apartheid SA out of Cabinet. Martinus Van Schalkwyk & Pieter Mulder out from what I can see. Great news if correct