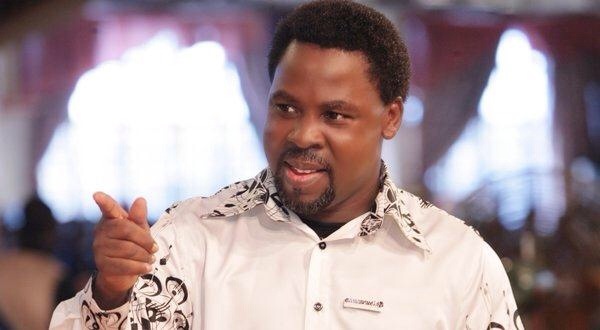 Nigerian prophet T B Joshua. 67 South Africans died and scores of others sustained injuries, after a building at his Synagogue Church of All Nations in Nigeria collapsed on Friday.

Temitope Joshua, described as the General Overseer of The Synagogue, Church Of All Nations, by the organisation’s website, is considered one of the richest pastors in Nigeria.

Writing for Forbes.com, Mfonobong Nsehe estimated that TB Joshua was worth between $10-million (R109-million) and $15-million (R164-million).

This made TB Joshua the third richest pastor in Nigeria at the time the story was written three years ago, after Bishop Oyedepo and Chris Oyakhilome.

In his response to the report, Joshua focused on his ministry’s charitable works.

“Since the inception of this ministry, we have given out all we received from God’s generous hands. We have made it our daily habit to give to those in need – the widows, widowers, physically challenged, little people, the fatherless and those rejected in society.

“We therefore cannot be categorised among the wealthiest in Nigeria because what money we receive is not accumulated but rather given out to those who need it most.”

Nsehe wrote that over a period of three years, Joshua had given over $20 million to causes in education, healthcare and rehabilitation programs for former Niger Delta militants.

Joshua’s assets include Emmanuel TV, which is broadcast to worshippers around the world.

The organisation’s website describes Joshua as a secondary school drop-out who wandered through many lowly jobs to rise to a “mentor to presidents, yet a friend to widows”.

In 2013, Julius Malema had an audience with Joshua in Lagos.

In his ministry, Joshua has pronounced on the wealth of nations. A widely circulated online video of the pastor from 2011 shows him preaching about a looming global economic crisis that will be worse than the global financial crisis of 2008.

There is fierce debate amongst his followers and detractors as to whether his earlier utterances about the 2008 crisis, made in December of that year, could be considered predictions.

More recently, in February 2014, Joshua preached that Ghana’s economic troubles would only be resolved if the nation committed itself to God.