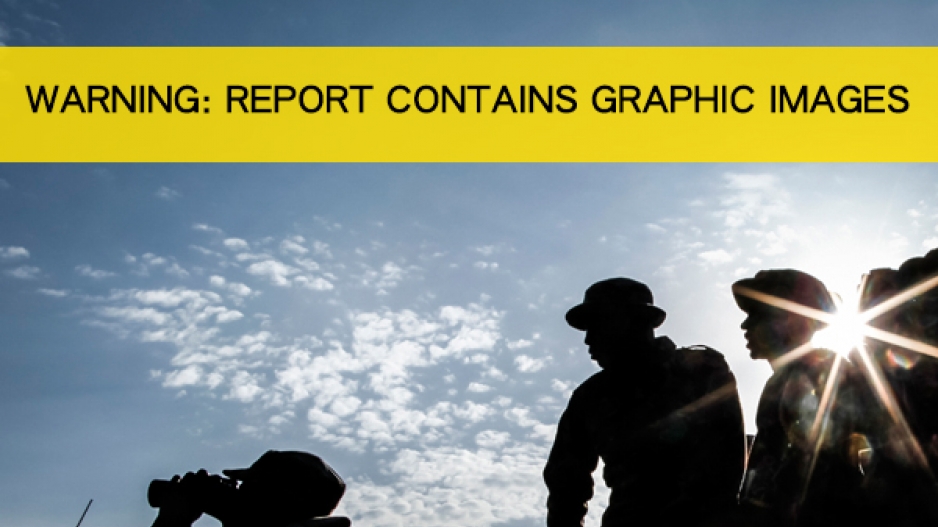 FILE image of rhino rangers scouting for poachers. Please be advised that the following images in this report are of a graphic nature.

The rhino was found on Wednesday with its horn cut off.

According to SANParks Acting Head of Communications, Reynold Thakhuli, this is the first reported rhino poaching incident in the Mapungubwe National Park.

“We are distressed at the loss of this rhino and are working tirelessly around the clock to bring the perpetrators to book,” he said.

“We will continue to fight the battle against rhino poaching.

"(We) are encouraged by the number of arrests made and the steep sentences for convicted criminals such as the 77 years given to a rhino poacher in the Mbombela Magistrate Court earlier in the week,” Thakhuli concluded.

There are no leads currently, but police are investigating.