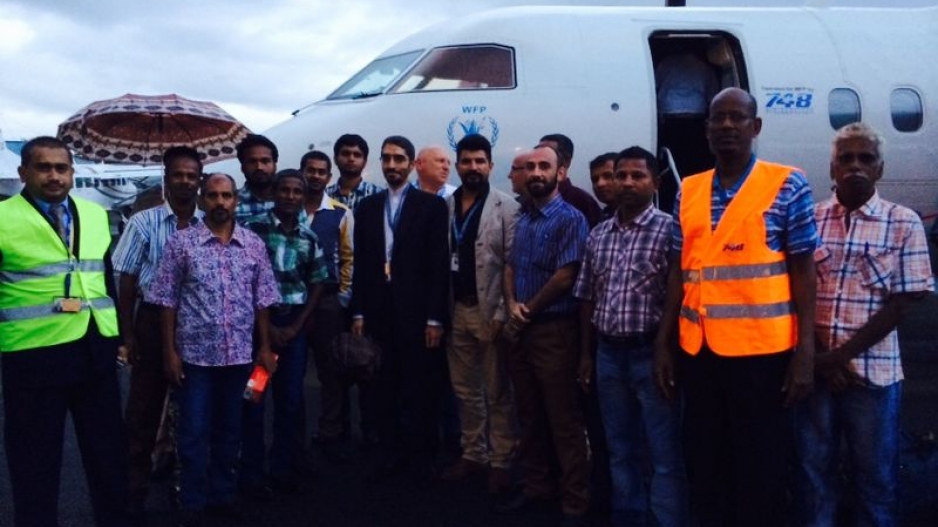 Crew of the MV Albedo have safely arrived in Kenya to be repatriated to their home countries. The men from India, Iran, Bangladesh and Sri Lanka have been held by armed Somali pirates since 12 November, 2010.

NAIROBI - Eleven hostages held by Somali pirates for more than three years have been released, and eNCA&39;s Robyn Kriel was there when they got their first taste of freedom.

The cargo ship MV Albedo was sailing from the United Arab Emirates to Kenya in November 2010 when it was taken by Somali pirates, who diverted the vessel to Somalia.

The fate of the surviving crew was uncertain until Saturday morning, when a United Nations task force airlifted them out of Somalia.

The hostages, from India, Iran, Sri Lanka and Bangladesh, are now safely in Kenya, soon to be repatriated to their home countries.

* Watch the attached video in which eNCA East Africa Bureau Chief Robyn Kriel, given EXCLUSIVE access to the mission and on hand when the hostages were released, speaks to them about their emotions now that they are free.