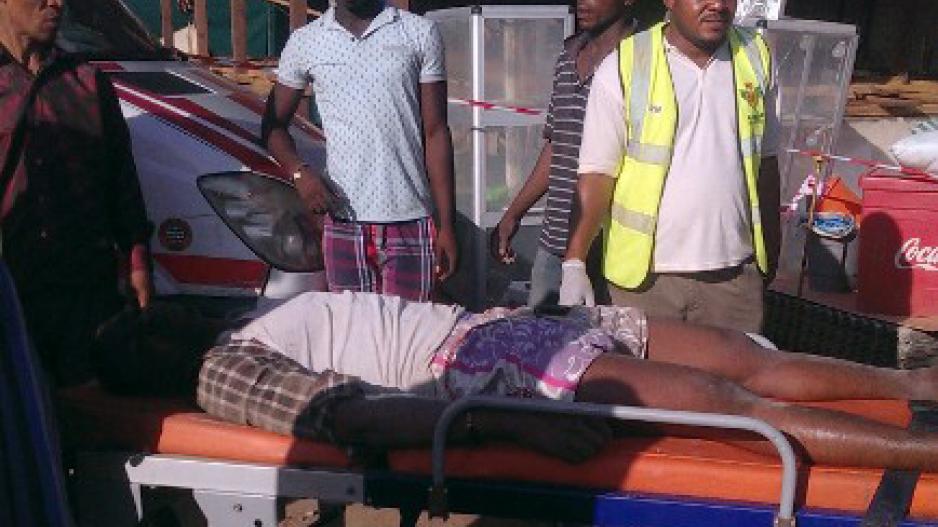 Emergency workers transporting an injured man on a stretcher after he was pulled out from the rubble of the collapsed guest house of The Synagogue Church of All Nations (SCOAN) at the Ikotu headquarters of the church in Lagos.

*Updated with video of aircraft flying over TB Joshua church building prior to its collapse.

LAGOS - The Presidency has warned the death toll is likely to rise after faith healer TB Joshua&39;s church partly collapsed in Nigeria on Friday.

67 South Africans are among the dead.

The announcement was made by President Jacob Zuma on Tuesday evening.

This came after days of speculation about whether any South Africans were among the survivors, trapped in a collapsed wing of the church and hostel.

eNCA correspondent Nike Adeyeye said on Wednesday morning that 113 survivors of varying nationalities had been accounted for and that Joshua said the collapse was an attack on him.

"He said that apparently there’s a plane that flew around the vicinity about four times and then it sort of left and before he knew it the whole building collapsed. He believes that this is something, they were coming for him, that was done to target him," said Adeyeye.

Yesterday Joshua tweeted that he would not allow the incident to destroy his work.

HARD TIMES MAY TEST ME, THEY CANNOT DESTROY ME TBJoshua To withstand hard times, stand with Christ. When you... http://t.co/oM6X6Cza0j

South Africans have streamed to Nigeria in the past to seek spiritual guidance and healing from prominent evangelist.

His church services draw people in their thousands from Nigeria, around Africa and further afield.

Nigeria’s National Emergency Management Agency says a lot about the collapse is unclear.

The agency has accused the Synagogue of hiding information and frustrating rescuers.

Rescuers were still sifting through rubble on Tuesday, hoping to find survivors.

On Tuesday evening, International Relations spokesman Clayson Monyela posted a tweet on Twitter warning that the number of fatalities could rise.

Our team in Nigeria not getting the cooperation they need. Verification very difficult. As Maharaj said "take figure of 67 with caution".

South Africans whose loved ones are missing can call 012 351 1000 for further information.

WATCH: A video from Emmanuel TV shows what the churh is calling a "strange aircraft" flying over the building before the sudden collapse of the TB Joshua church building collapse.