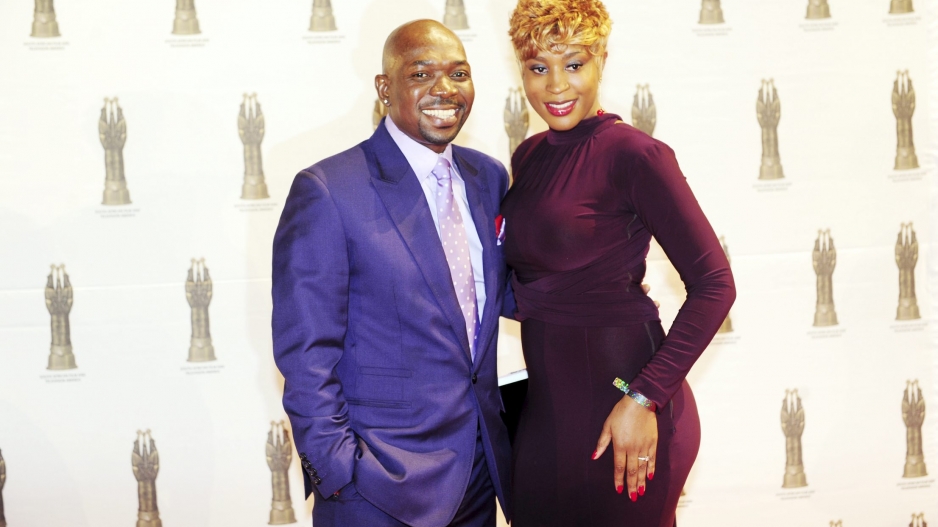 Menzi Ngubane and his wife Lerato Sedibe during the South African Film and Television Awards at Gallagher Estate on March 19, 2013, in Johannesburg, South Africa. Ngubane has revealed that the two are divorced after five years of marriage.

JOHANNESBURG - One of the fired Generations 16, Menzi Ngubane who portrayed Sibusiso Dlomo in the popular soapie, has revealed that he is also divorced from his wife of five years Lerato Sedibe.

In an exclusive interview with Drum magazine, Ngubane also revealed that he is currently on a kidney transplant waiting list.

He said, "I’m divorced. This has been the hardest time of my life. While I was still dealing with the divorce, now I also have to deal with the fact that I’m jobless."

While I was still dealing with the divorce, now I also have to deal with the fact that I’m jobless.

"I had no one. I kept on painting this picture that we were happily married. I did this because I was trying to protect my marriage. I was a liar for all these years.”

Ngubane said the divorce was finalised last year and it was Sedibe who initiated it.

Sedibe told a Sunday newspaper that "Yes, we are no longer together. Marriage is not easy. I don’t believe in quitting from marriage without counselling."

Ngubane is one of 16 Generations actors who were fired on 18 August after they went on what the SABC termed an illegal strike.

On 26 August, the actors gave an emotional press conference, where Ngubane shared how his cancer diagnosis had affected his life.

Ngubane also told how Generations producer, Mfundi Vundla, had not paid his medical expenses as Vundla had claimed.

He said he had spent several weeks at Helen Joseph public hospital and had been forced to resort to asking a friend to help pay for his medical expenses.