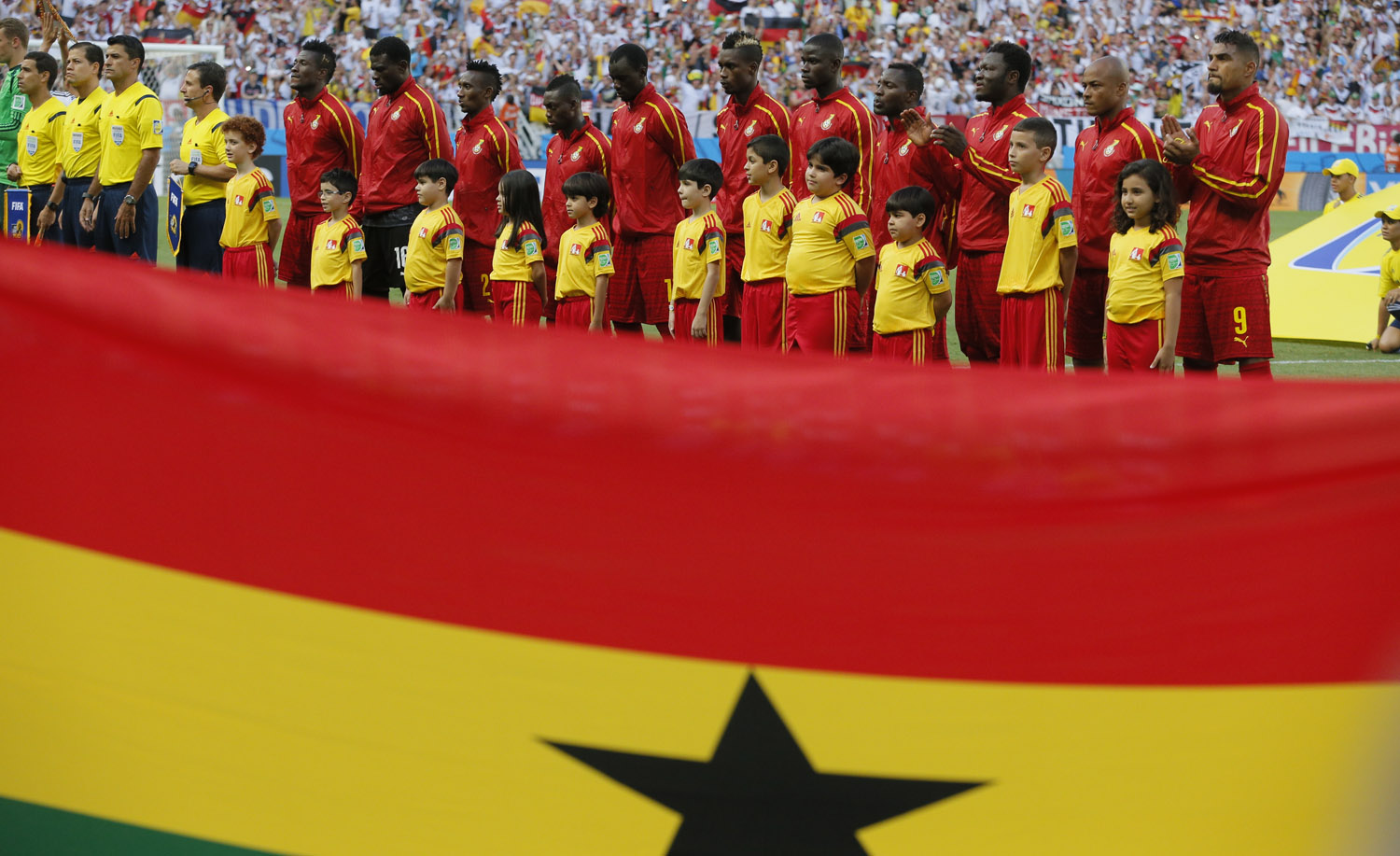 The team of Ghana during the FIFA World Cup 2014 group G preliminary round match between Germany and Ghana at the Estadio Castelao in Fortaleza, Brazil, 21 June 2014.

*Click here for all the latest World Cup news, fixtures and results.

ACCRA - Ghana President John Mahama has reportedly intervened in a financial dispute between players and football bosses in a bid to avert a boycott of Ghana&39;s final Group G match against Portugal.

The team claims it has received none of the $75,000 appearance fee each member was promised from FIFA money paid to the Ghana Football Association for qualifying for the World Cup in Brazil.

Accra-based Joy FM radio said Tuesday that players refused to honour travel arrangements for Thursday&39;s Portugal game, which Ghana needs to win to have any chance of reaching the knock-out stage.

"A bus meant to carry the players to the Marceo airport had been delayed for several hours," it said.

"The players were supposed to have trained Tuesday morning but they did not turn up for training in protest over the delays in payment of their appearance fees," the radio reported.

It said the situation was "so volatile" that Mahama telephoned the players to promise them they would have their money by the end of Tuesday.

A spokesman for the football association confirmed players had not received any money since their arrival in Brazil and that their patience was running out.