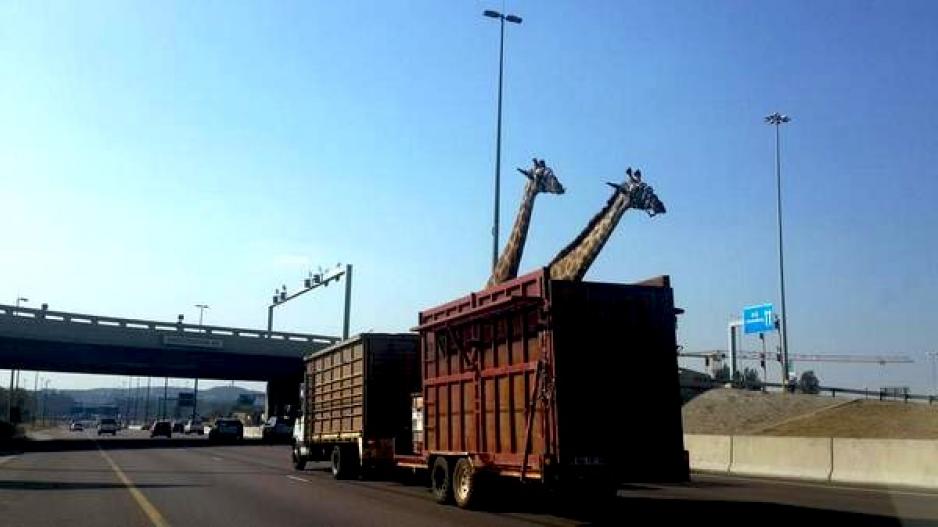 Two giraffe being transported on the N1 near Pretoria bumped their heads on an overhead bridge.

PRETORIA - The transport vehicle that was carrying two giraffes on the N1 on Thursday does not comply with SABS standards said Rick Allan, Tshwane SPCA managing director.

While the SPCA are still investigating the incident, eye-witnesses say they saw the giraffes heads’ bash into a bridge on the N1 near Pretoria. The giraffes were taken to a vet where one of them later died.

“We’re not exactly sure what happened, our main concern was that of the young giraffes’ welfare,” said Allan.

He told eNCA.com that specialised codes of practice are enforced by the SABS for transporting giraffes as they must be kept standing to keep their blood circulation going.

“When you are transporting giraffes on an open road, their heads should be covered by a structure which is a specially designed container that looks like a crate,” said Allan.

The way that the giraffes were being transported was not suitable for their well-being explained Allen.

He said the SPCA will be investigating further to determine the  source and destination of the giraffes.