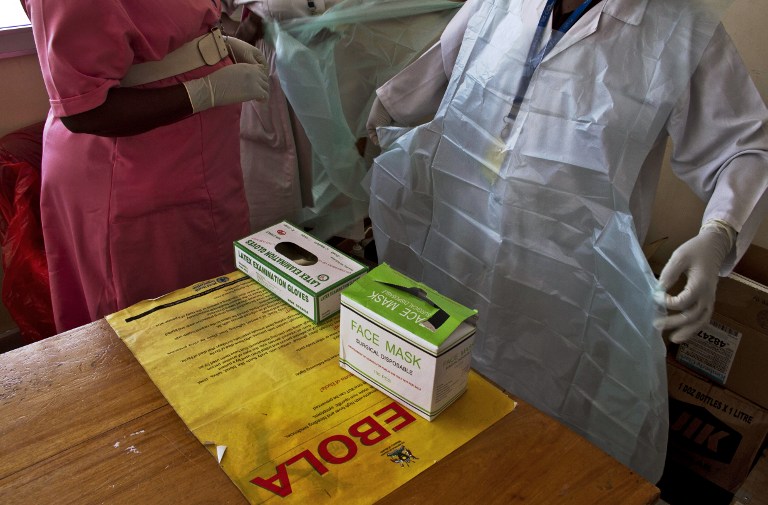 Ugandan medical staff put on protective clothing as boxes containing face masks and gloves are sitting on a poster reading ''Ebola'' at the International Airport on August 8, 2014, in Entebbe.

ATHENS - A Greek man who was suspected of carrying the Ebola virus has instead tested positive for malaria, the health ministry said on Friday.

The man, an architect who had recently travelled to Nigeria, underwent tests at an Athens hospital after becoming concerned for his own health.

"He has malaria," a ministry spokesman said of the unnamed patient, who is thought to have checked himself into hospital.

Another feared Ebola case involving another Greek who had travelled to Nigeria was investigated earlier this week and also turned out to be malaria.

Ebola has claimed at least 961 lives and infected more than 1,800 people since breaking out in west Africa earlier this year, according to the World Health Organisation.

Greece has warned airport and port staff to be vigilant, but the state health organisation Keelpno has insisted that chances of an outbreak in the country are low.