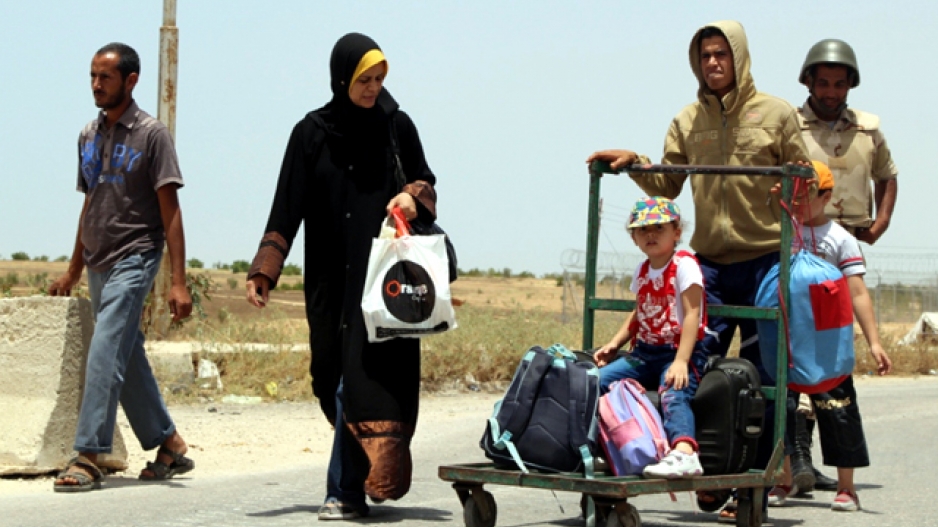 A group of people crosses the border between Gaza and Egypt, Rafah, Northern Sinai, Egypt, 14 July 2014. As the conflict between Israel and Hamas has become increasingly violent Egypt has allowed some of those who have been injured to cross into Sinai.

GAZA CITY - The Palestinian Hamas movement said on Monday it would not end hostilities with Israel without concessions by the Jewish state and that no serious efforts towards a truce had been made.

Masri said Hamas would only negotiate on the basis of a set of concessions it wants to see agreed to by Israel.

Those include the lifting of Israel&39;s eight-year blockade on the Gaza Strip, the opening of the Rafah border crossing with Egypt and the release of Palestinian prisoners Israel has rearrested after freeing them in exchange for kidnapped Israeli soldier Gilad Shalit in 2011.

"Any ceasefire must be based on the conditions we have outlined, nothing less than that will be accepted," Masri said.

Speaking to AFP in Cairo, another Hamas official said a general framework had been presented, and that the group was committed to achieving more than it did in the truce deal that ended the last major round of violence with Israel in 2012.

"We have a general framework, but have not declared point by point demands," he said.

Masri told AFP that "Arab countries and Islamic countries and Western countries" were involved in discussions about a truce, but declined to give details.

He said Hamas was prepared to continue fighting and was ready for a "long, drawn-out battle."

The fighting entered its seventh day on Monday, with international pressure for a truce growing, but no sign of a concrete mediation channel or formula to end hostilities that have so far killed more than 175 people in Gaza.