History made for Algeria and Africa 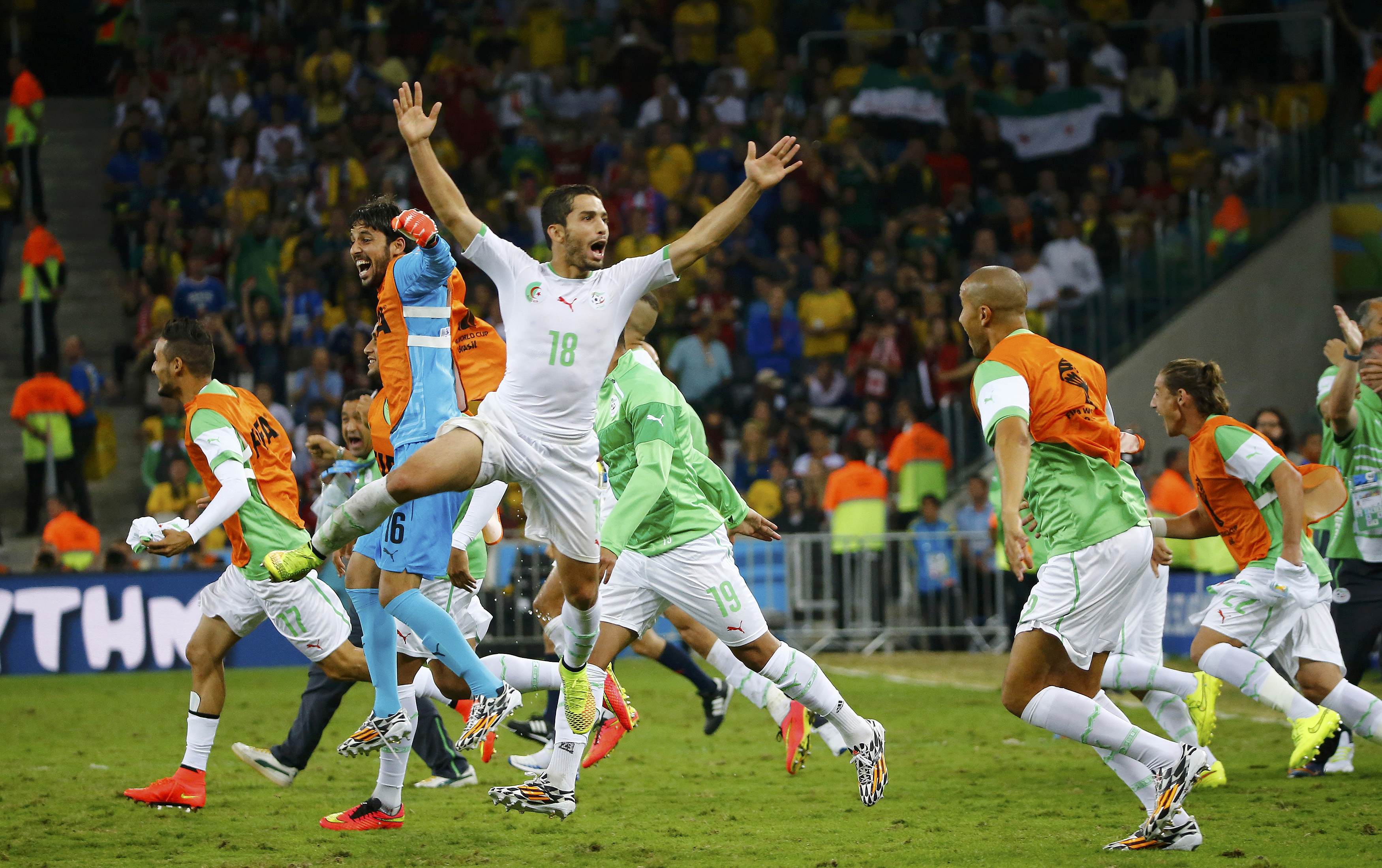 Algeria's Abdelmoumene Djabou (C) celebrates with his teammates at the end of their 2014 World Cup Group H soccer match against Russia at the Baixada arena in Curitiba June 26, 2014.

*Click here for all the latest World Cup news, fixtures and results.

Algeria ensured Africa has two teams in the second round of the World Cup for the first time in history after they held Russia to a 1-1 draw in Curitiba on Thursday.

Islam Slimani headed a vital equalizer for the north African side in the second half after they trailed to Aleksandr Kokorin&39;s first half goal that had looked as though it may take the Russians into the Last 16.

Algeria join Nigeria in the knockout stages as Africa finally have managed to get two teams past the first round, and it might have been three teams had Cote d’Ivoire not pressed the self-destruct button in the final minutes of their match against Greece on Tuesday.

It is also the first time that the Algerians have qualified for the second round in a World Cup finals that has ended some long waits for them – 32 years since they last claimed a finals victory and 28 years since they had even scored a goal.

They will now play Germany in the next round on Monday in Porto Alegre.

It looked as though it might be another night of disappointment though for Vahid Halilhodi?’s side when Kokorin expertly headed home Dmitri Kombarov&39;s cross to put the Russians in front on six minutes.

And 15 minutes later the same player should have made it 2-0 with another headed effort that he this time stuck wide.

Algeria offered little in the way of attacking threat in the first half, though Slimani did have two headed chances that failed to find the back of the net.

Algeria goalkeeper Rais M’bolhi, often criticised in his homeland, pulled off a wonderful save early in the second period to deny Aleksandr Samedov what would have surely been a killer second goal.

Instead it was Algeria who found the back of the net and it was a howler from Russia keeper Igor Akinfeev.

The gloveman came off his line to try and punch a free-kick swung in to the six-yard box, but missed the ball, allowing Slimani to head into an unguarded net and send the Algerian fans into delirium.

Aside from a Aleksei Kozlov header very late on that drifted wide, Russia offered little to suggest they would hit the front again and although nervous, Algeria managed to comfortably hold on for the point they needed to make history not just for their country, but the African continent as a whole.