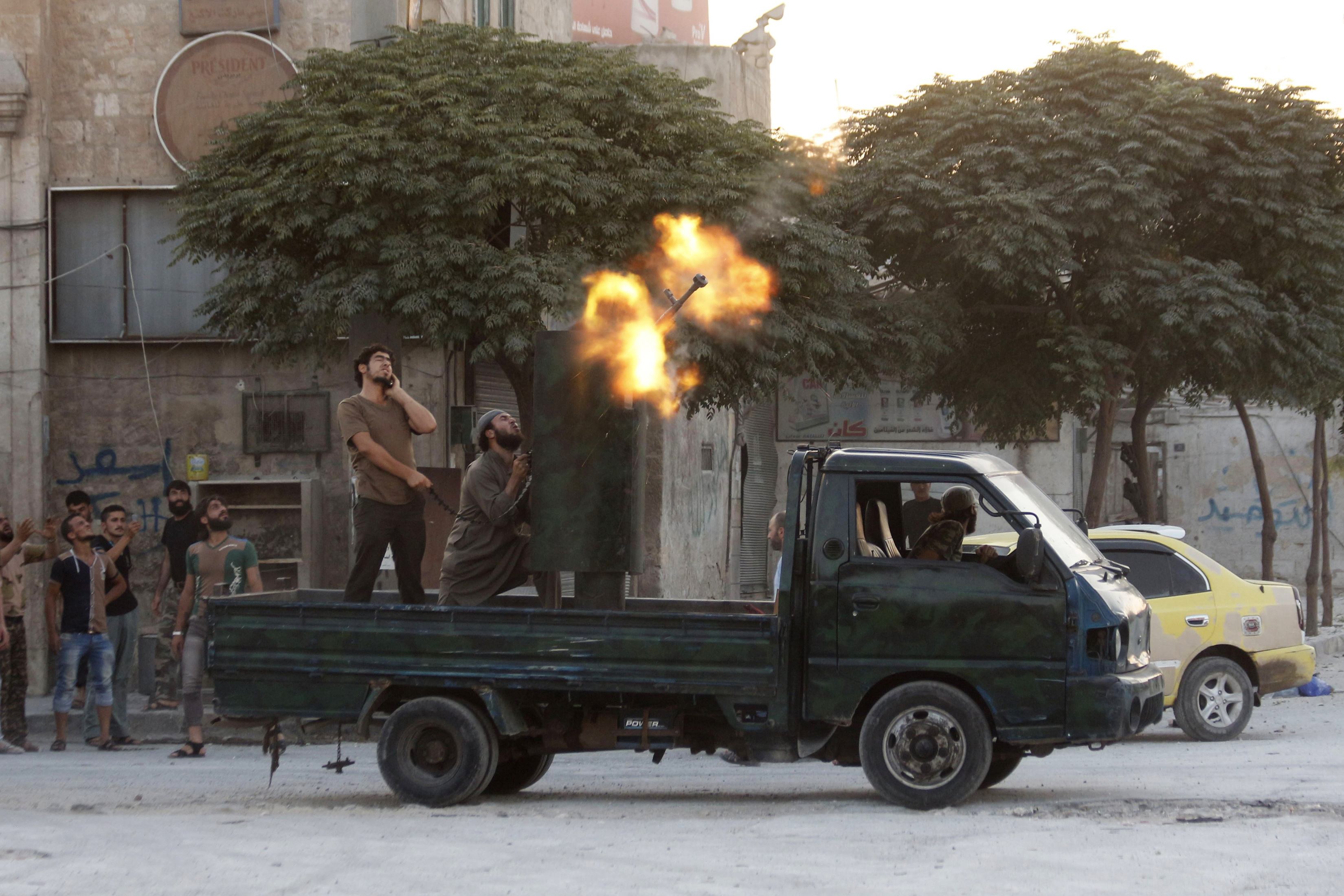 SAINT-PIERRE, France - President Francois Hollande said on Thursday that France had delivered weapons to rebels battling the Syrian regime of Bashar al-Assad "a few months ago."

The deliveries took place "a few months ago, when the Syrian rebels had to face both the armies of the dictator Bashar al-Assad and this terrorist group Islamic State," Hollande told reporters on a tour of the French island of La Reunion.

"We cannot leave the only Syrians who are preparing a democracy ... without weapons," he added.

What is happening currently in Syria is "terrible," he said. "On one side, the state of Bashar al-Assad which continues to crush and massacre, (on the other) Islamic State, and, in the middle, those who were supposed to lay the ground for the future, caught in a pincer movement."

"So we should not stop the support that we have given to these rebels who are the only ones to take part in the democratic process," said the president.

Nevertheless France cannot "go it alone", stressed Hollande, adding there was "a good understanding with Europe and the Americans."

Hollande had said in an interview with Le Monde daily published on Wednesday that France had shipped "material that conformed with European commitments" without offering further details.

He added in that interview that the international community bore a "heavy responsibility" for what is happening in Syria, with its knock-on effects in Iraq.

"If, two years ago, we had acted to ensure a transition, we wouldn&39;t have had Islamic State.

"If, one year ago, the major powers had reacted to the use of chemical weapons, we wouldn&39;t have had this terrible choice between a dictator and a terrorist group," adding that the rebels "deserve all our support".