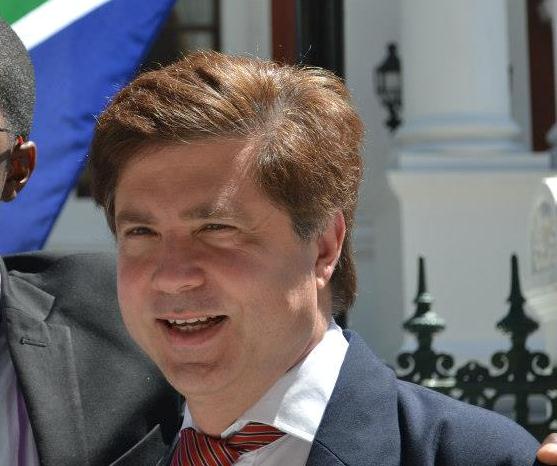 JOHANNESBURG - Mario Oriani-Ambrosini, the controversial and colourful IFP MP, has died, aged 53, after a protracted battle with cancer.

Ambrosini had recently been in the news promoting the legalisation of marijuana, which he saw as an effective medical remedy in alleviating cancer symptoms, and in February, he introduced a private members bill seeking to decriminalise the medical use of cannabis.

Ambrosini, who was born in Rome on October 26, 1960 was the son of a constitutional law professor who died when he was 11. He was adopted and raised by his grand-uncle Gaspare Ambrosini, a jurist who presided over the Italian Constitutional Court.

It was thus unsurprising that he chose to follow a career in law, studying at Rome&39;s Sapienza University, Harvard University and Georgetown University Law Centre.

After winning a Fulbright scholarship, Ambrosini relocated to the United States, where he chose  to specialise in constitutional law and international financial and commercial law.

He later worked with internationally renowned Rutgers University constitutional law expert Albert Blaustein before becoming a commercial lawyer and businessman, with a focus on international lobbying, litigation and government relations.

Ambrosini was political from his youth, and aligned himself with Italy&39;s Radical Party.

But in December 1990, his life&39;s direction would shift when he was appointed legal advisor to the Inkatha Freedom Party (IFP) at the CODESA constitutional negotiations which would help determine the country&39;s transition to democracy.

This was the beginning of an enduring relationship with Chief Mangosuthu Buthelezi, and the party he led, the IFP. He would later take up South Africa citizenship, while retaining his Italina and United States citizenship.

Ambrosini was later involved in the drafting of KwaZulu/Natal&39;s Constitution, and served as Buthelezi&39;s cabinet adviser in Nelson Mandela&39;s first national unity government, where Buthelezi served as Minister of Home Affairs.

Ambrosini continued to involve himself in constitutional affairs, and played a role in the drafting of film and publication, immigration and gay rights legislation.

In 2004, Ambrosini left government and opened a legal and business consultancy, Ambrosini & Associates, but his relationship with Buthelezi endured, and he drafted several constitutional amendments for the IFP.

In May 2009, he became a Member of South Africa&39;s National Assembly, serving on the Trade and Industry, Public Enterprises, Economic Development, Justice and Constitutional Development Portfolio, Finance and Rules, Private Members Bills, and the Constitutional Review Joint Committees.

Ambrosini was to fight valiantly against the Protection of State Information Bill, South Africa&39;s controversial secrecy law. He was also an advocate for Tibetan human rights and advocated for the right of the Dalai Lama to visit South Africa.

We mourn the sad passing away of IFP MP Ambrosini. He&39;s contribution during parliamentary debates and promotion oversight will be missed RIP