Indonesian girl swept away by 2004 tsunami reunited with parents 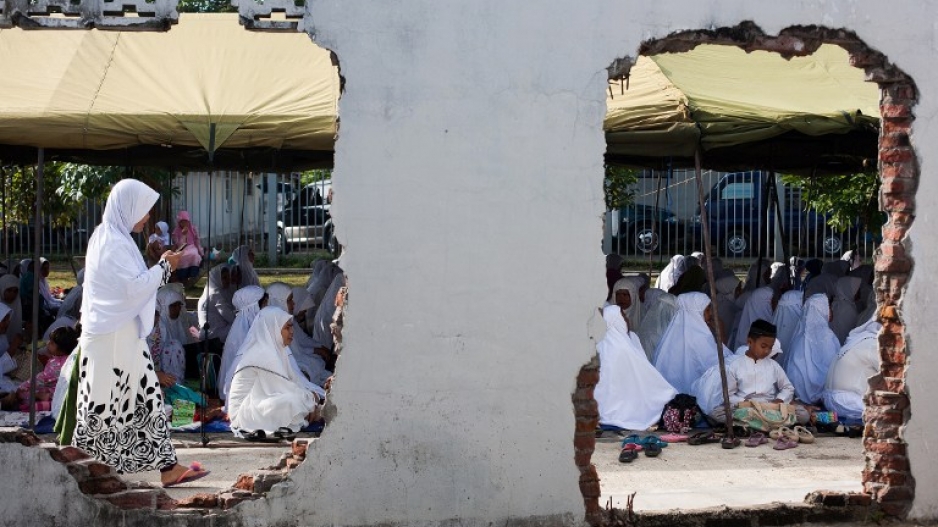 BANDA ACEH - An Indonesian girl swept away by the devastating 2004 tsunami has been reunited with her family a decade after she was given up for dead, her mother said on Thursday.

"God has given us a miracle," said Jamaliah, the mother of Raudhatul Jannah, who went missing when she was just four years old.

Jannah and her seven-year-old brother were carried off when huge waves struck their home in West Aceh district on December 26, 2004.

Jamaliah, 42, and her husband survived the quake-triggered tsunami that killed tens of thousands in Aceh, on western Sumatra island, and had long ago given up hope of finding either of their children alive.

However in June, Jamaliah&39;s brother spotted a girl in a village walking home from school who bore a striking resemblance to Jannah.

He made inquiries and found out that the girl had been caught up in the tsunami, and was swept from Aceh to some remote islands southwest of the province.

A fisherman rescued the girl, took her back to the mainland and handed her to his mother, who raised the youngster, according to Jamaliah, who like many Indonesians goes by one name.

After the tip-off from her brother, Jamaliah and her husband visited the girl, now aged 14, in late June - and discovered it was indeed their daughter who went missing a decade earlier.

"My husband and I are very happy," Jamaliah told AFP. "I am so grateful to God for reuniting us with our child after 10 years of being separated."

"My heart beat so fast when I saw her. I hugged her and she hugged me back and felt so comfortable in my arms," she said, adding that she could not stop the "tears from flowing" during the emotional reunion.

Jannah, who was called Wenni by the elderly woman who raised her, returned to her hometown to be with her parents on Wednesday.

Her brother, Arif Pratama Rangkuti, also survived after being swept away to the same islands, Jamaliah said, but added his whereabouts were unknown.

The tsunami killed more than 170,000 people in Aceh, and tens of thousands of others in other countries around the Indian Ocean.