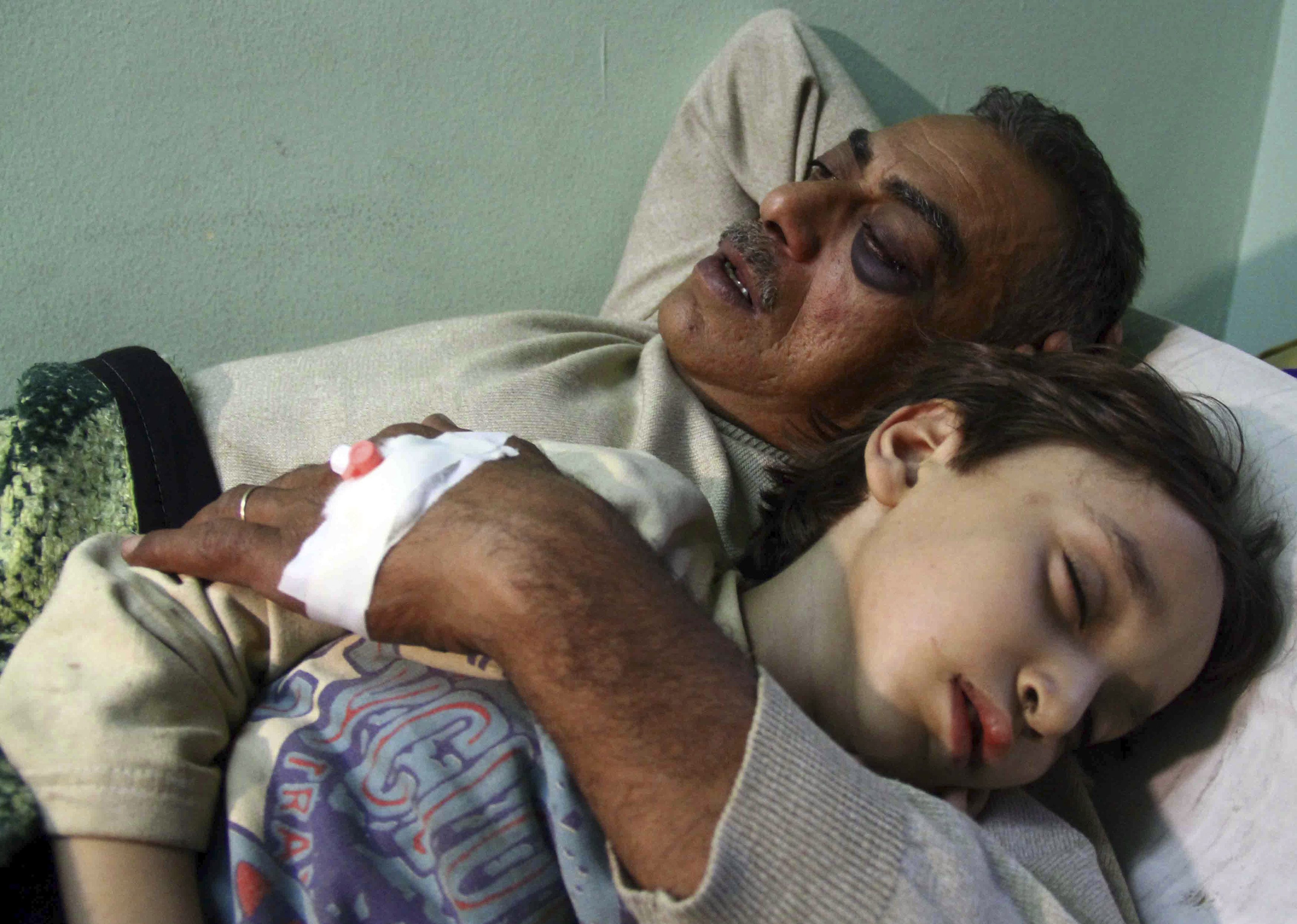 A man holding his daughter, lies on a hospital bed after being injured in a collision between a train and two road vehicles, in Dahshour, 40 km (25 miles) south of Cairo, November 18, 2013.

CAIRO - Twenty-seven people, most of them returning from a wedding, were killed in Egypt when a train ploughed into a mini-bus and a truck at a railway crossing early on Monday, the health ministry said.

Another 36 people were injured in the nighttime accident in a desert area 45 kilometres (27 miles) south of Cairo, according to a revised casualty toll.

An AFP photographer at the site saw rescue workers removing the body of a three-year-old girl from under the train.

The head of the Egyptian Railway Authority said the drivers of the vehicles had ignored warning lights and chains blocking entry to the crossing, and tried to go across the tracks.

"The crossing was closed with chains, (and) there were warning lights," he said.

The train, whose driver survived the crash, continued for almost one kilometre (0.6 miles) before coming to a halt, he said.

In January, 17 people died when a train transporting conscripts derailed, and in November 2012, 47 schoolchildren were killed when a train crashed into their bus.

Both the transport minister and the railway authority head were forced to resign as a result of that accident, which was blamed on a train signal operator who fell asleep on the job.

The government formed a panel to investigate, but as with similar tragedies in the past, it did little to shed light on the details and less still to bring about accountability.

In Egypt&39;s deadliest railway tragedy, the bodies of more than 360 passengers were recovered from a train after a fire in 2002.

Egyptians have long complained that the government has failed to deal with chronic transport problems, with roads as poorly maintained as railway lines.

Monday&39;s accident took place days after train services resumed completely across Egypt, after they were halted due to unrest following the overthrow of president Mohamed Morsi in July.