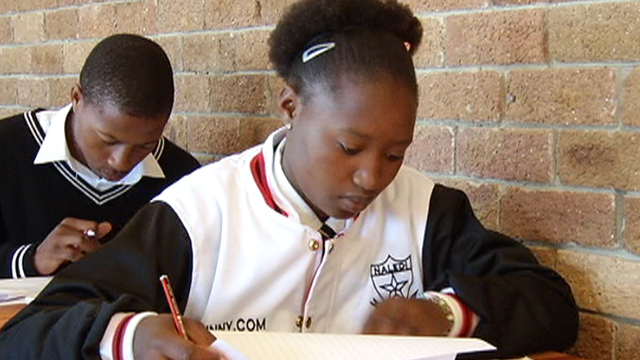 Johannesburg - It's been 38-years since the Soweto uprisings, but the debate about the language of instruction in South African schools remains very much alive.

JOHANNESBURG - The debate about the language of instruction in South African schools still continues, nearly four decades since the Soweto uprisings.

The 1976 Soweto uprisings were driven by opposition to being taught in an unfamiliar language.

The Bill of Rights provides that everyone receive an education in an official language of their choice, but this is not always the case.

Many children in South African public schools are still not taught in their mother tongue. English is one of the most widely spoken languages in the world and a popular medium of instruction in local public schools.

“There are a few ironies of June 16. One irony is that young people saw Afrikaans as the language of the oppressor but they didn’t see English in that way and today even still parents choose English education for their children because they see it as a language of liberation and a language of the world,” said Doron Isaacs of Equal Education.

The Basic Education Department said the language issue is not that simple.

“There are two schools of thought, the first one says leaners do well if they have a grounding in terms of their mother tongue as a language of teaching from an early age and then later on adopting English. That gives them a good background for them to progress and do well in their literacy and their numeracy level,” said Elijah Mhlanga of the Department of Basic Education.

Mhlanga said the other school of thought says learners must take English right from when they start school so that they don’t struggle having to adopt it a later stage.

Equal Education said the shortage of text and books in other official languages is a concern. They argue that this makes it harder to acquire literacy and confidence in academic work when you begin your education in an unfamiliar language.

“I work with young people who speak Xhosa, Pedi, Venda and many languages as their home language. One thing I sometimes ask them is, have you ever had in your hand an isiXhosa dictionary. Many will say no. It’s crazy that those kind of resources are not available,” said Isaacs.

The Education Department said it has plans in place to deal with that problem.

“We are working very closely with the Pan South African Languages Board which is also working very hard to develop materials in African languages,” said Mhlanga.

Meanwhile education authorities urged parents to be part of the solution, by ensuring that perceptions about African languages being inferior are done away with.