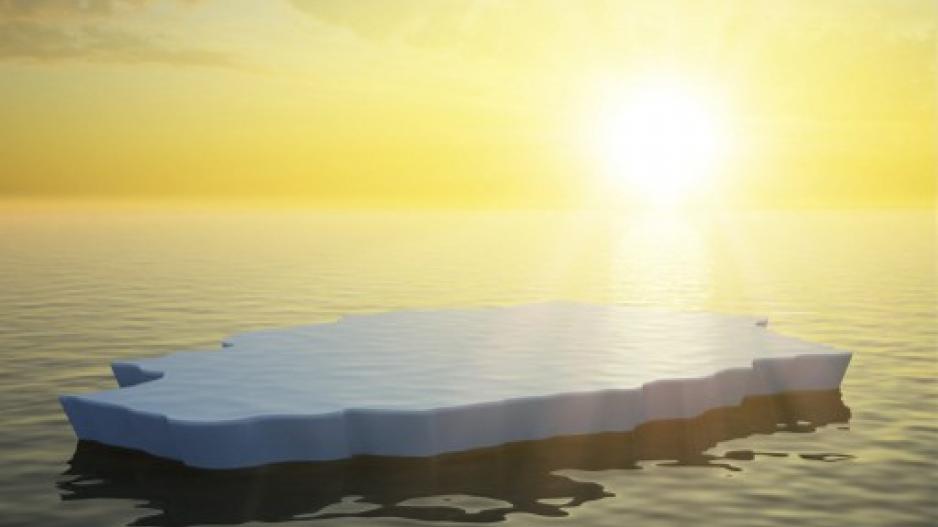 A study concluded that melted ice from Antarctica was refreezing on the ocean surface -- this fresh water freezes more easily than dense salt water.

Geneva - The Arctic&39;s sea ice melted at a record pace in 2012, the ninth-hottest year on record, compounding concerns about climate change underscored by extreme weather such as Hurricane Sandy, the UN weather agency said Thursday.

In a report on the situation in 2012, the World Meterological Organisation said that during the August to September melting season, the Arctic&39;s sea ice cover was just 3.4 million square kilometres.

"The year 2012 saw many other extremes as well, such as droughts and tropical cyclones. Natural climate variability has always resulted in such extremes, but the physical characteristics of extreme weather and climate events are being increasingly shaped by climate change," he said.

"For example, because global sea levels are now about 20 centimetres higher than they were in 1880, storms such as Hurricane Sandy are bringing more coastal flooding than they would have otherwise," he added.

October&39;s Hurricane Sandy killed almost 300 people and caused major destruction in the Caribbean before developing further strength and causing tens of billions of dollars in damage and around 130 deaths in the eastern United States.

Typhoon Bopha, the deadliest tropical cyclone of the year, hit the Philippines twice in December, sparking floods and landslides which killed more than 1,000 people.

That marked the ninth warmest year since records began in 1850 and the 27th consecutive year that the global land and ocean temperatures were above the 1961-1990 average, it underlined.

Jarraud noted that the rate of warming varies from year to year due to a range of factors, including the El Nino and La Nina weather phenomena - which see warming and cooling, respectively, in the Pacific Ocean - as well as volcanic eruptions.

Last year&39;s warming came despite a cooling La Nina at the beginning of the year.

"The sustained warming of the lower atmosphere is a worrisome sign," said Jarraud.

"The continued upward trend in atmospheric concentrations of greenhouse gases and the consequent increased radiative forcing of the Earth&39;s atmosphere confirm that the warming will continue," he added.

Nonetheless, cooler than average conditions were observed across Alaska, parts of northern and eastern Australia, and central Asia, it said.