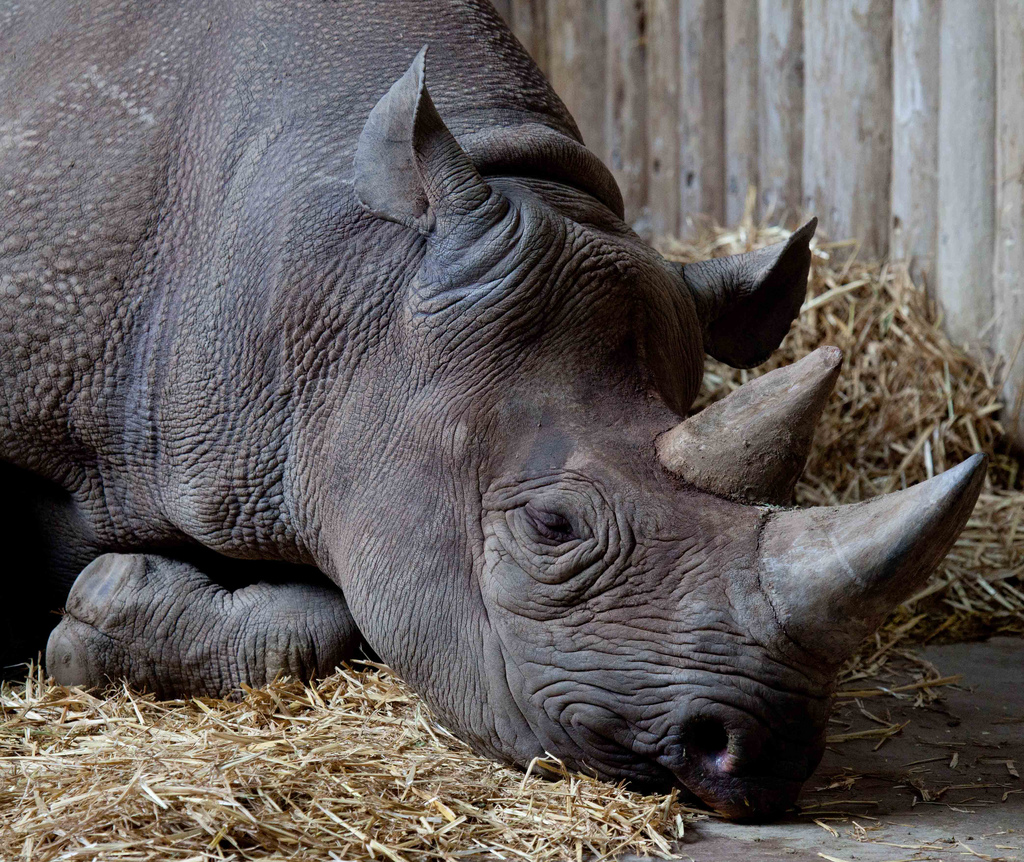 File: 17 Black rhinos have been relocated to Malawi as part of an endangered species replenishment program.

BLANTYRE, Malawi - Malawi has received 17 black rhinos from South Africa under a programme to replenish the endangered species which temporarily went extinct in the southern African country in the 1980s, a conservation charity said Wednesday.

The rhinos were then released into Liwonde National Park in southern Malawi, where British troops are training local anti-poaching rangers.

"This is one of the largest international black rhino translocations to date," said a statement by Peter Fearnhead of Africa Parks, which rehabilitates and manages around a dozen parks in 10 countries.

The operation was carried out in conjunction with WWF South Africa and the Malawian and South African governments.

"Our shared vision is to bolster Malawi’s existing rhino populations and to support regional efforts to conserve this critically endangered species," Fearnhead said.

Brighton Kumchedwa, Malawi’s director of wildlife and parks, said the initiative would bolster the population of rhino, which went extinct in Malawi in 1981 before the reintroduction of four rhinos in 1993.

But according to the Central African Wilderness Safaris website, only about 10 rhinos live in Malawi's parks.

Fearnhead said the newly introduced rhinos would be fitted with GPS sensors, and that the animals would be tracked by aerial surveillance and daily ranger patrols.

Once plentiful across sub-Saharan Africa, black rhinos first suffered from hunting by European settlers. Later, poachers largely wiped them out, with only 2,475 recorded in 1993, according to the World Wildlife Fund.

Conservation efforts have since brought the population back up to around 5,000.