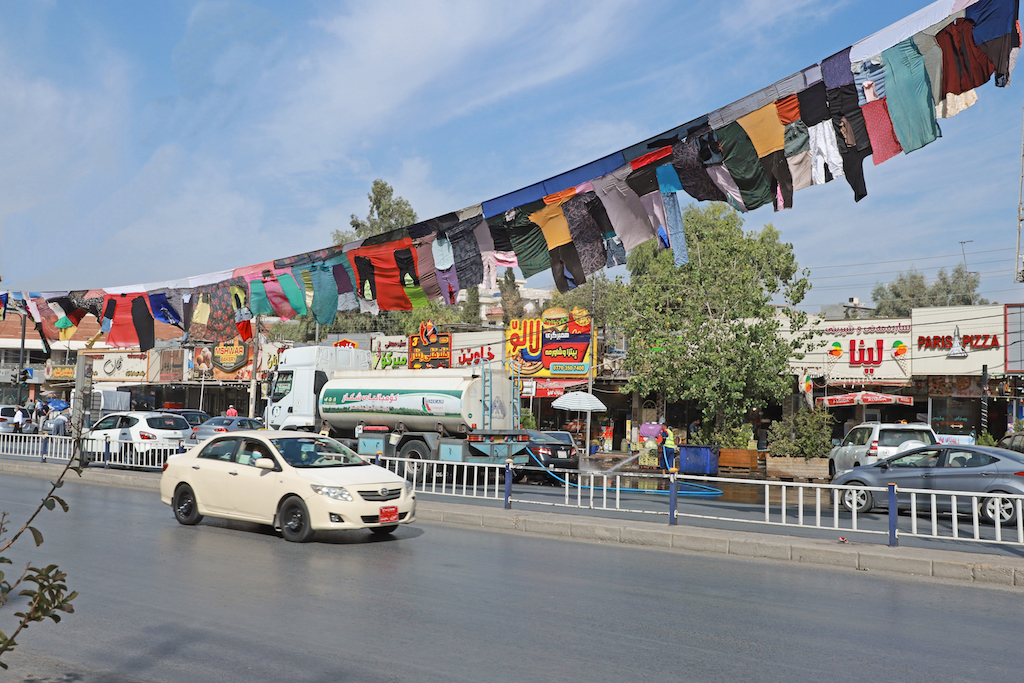 Cars pass beneath an artwork by Iraqi visual artist Tara Abdallah, hanging above a highway in the city of Sulaimaniyah in Iraq's autonomous northern Kurdish region. AFP/Shwan Mohammed

SULAIMANIYAH - Along a five-kilometre stretch of road in Sulaimaniyah, an Iraqi Kurdish artist on Monday unveiled a stitched collage of clothes from women survivors of domestic violence.

"Three months ago, I started collecting the clothes of women subjected to violence by their husbands and families throughout the region," Tara Abdallah, who stitched the artwork that has been strung up across the city, told AFP.

The visual artist had asked women, survivors, to donate a scrap of clothing that symbolised their trauma and sewed them together to create a giant, colourful patchwork.

"I heard lots of stories about violence that women in our society endured in the course of my research... Every piece in this work has a story behind it," she said.

The UN regularly condemns "honour killings" of women in Iraqi Kurdistan, which promotes itself as progressive, over sexual conduct.

About 37.5-percent of Kurdish women aged between 15 and 49 are also forced to undergo female genital mutilation (FGM) in the autonomous Kurdistan region of northern Iraqi, according to the United Nations.

The figure is less than one percent for women in the rest of Iraq.