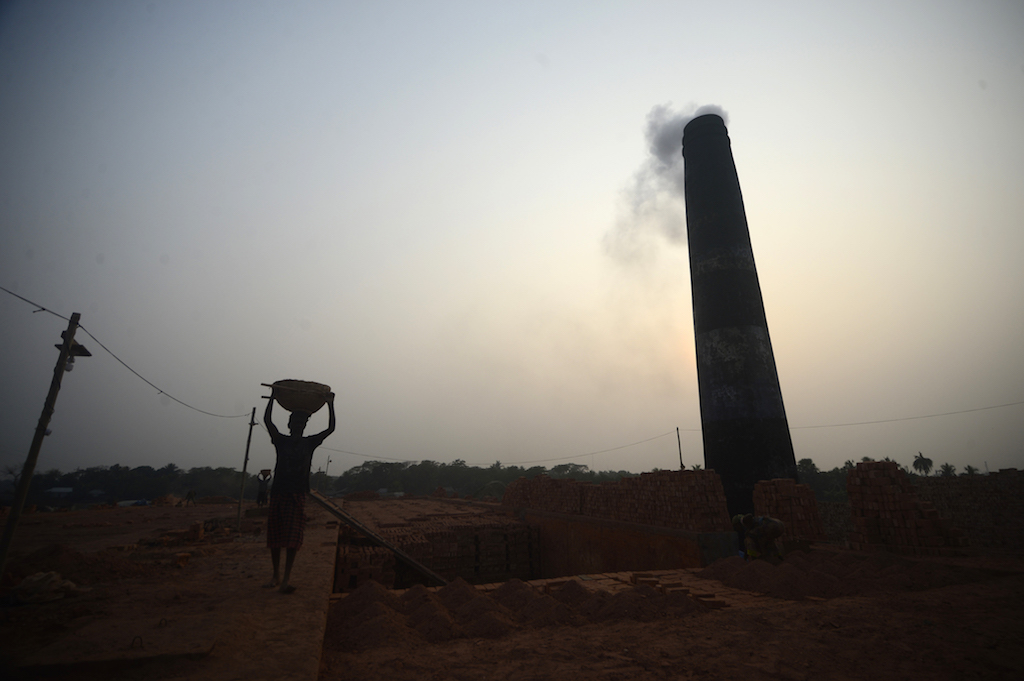 File: Previous research has shown how air pollution from exhaust fumes and factories takes two years off the life expectancy of every man, woman and child on Earth. AFP/Munir Uz Zaman

PARIS - Long-term exposure to air pollution may be linked to 15 percent of COVID-19 deaths globally, according to research published on Tuesday that highlights the health risks posed by greenhouse gas emissions.

Previous research has shown how air pollution from exhaust fumes and factories takes two years off the life expectancy of every man, woman and child on Earth.

Now experts in Germany and Cyprus say they have estimated the proportion of deaths from coronavirus that can be blamed of the exacerbating effects of air pollution.

Their study, published in the journal Cardiovascular Research, drew on health and disease data from the US and China relating to air pollution, COVID-19 and SARS -- a serious lung disease similar to COVID.

They combined this with satellite data of global exposure to particulate matter -- microscopic particles -- as well as ground-based pollution monitoring networks, to calculate to what extent air pollution can be blamed for Covid-19 deaths.

In East Asia, which has some of the highest levels of harmful pollution on the planet, the authors found that 27 percent of Covid-19 deaths could be attributed to the health effects of poor air quality.

In Europe, the proportion was 19 percent, compared with 17 percent in North America.

"If both long-term exposure to air pollution and infection with the COVID-19 virus come together then we have an adverse effect on health, particularly with respect to the heart and blood vessels," said paper co-author Thomas Munzel.

He said that air pollution made known COVID-19 risk factors such as lung and heart problems more likely.

Specifically, the team noted that particulate matter appeared to increase the activity of a receptor on lung cell surfaces, ACE-2, which is known to be involved in the way COVID-19 infects patients.

"So we have a double hit: air pollution damages the lungs and increases the activity of ACE-2, which in turn leads to enhanced uptake of the virus," said Munzel, a professor at the University Medical Center of the Johannes Gutenberg University, Mainz.

The authors stressed that attributing COVID-19 deaths to air pollution did not mean that pollution itself was killing people with COVID-- though they didn't rule out such a cause-effect linkage.

READ: South African air quality at risk if Eskom gets its way

Jos Lelieveld, of the Max Planck Institute for Chemistry, told AFP that the research suggested: "the pollution particles are a co-factor in aggravating the disease".

He said their estimates suggested that more than 6,100 COVID deaths in Britain could be attributed to air pollution. In the US that figure is around 40,000.

The authors said that without a fundamental change in how cities power themselves, including a transition to clean and renewable energy sources, air pollution would continue to kill huge numbers of people even after the pandemic recedes.

"However, there are no vaccines against poor air quality and climate change. The remedy is to mitigate emissions."