AKA donates R100k in support of Wits students 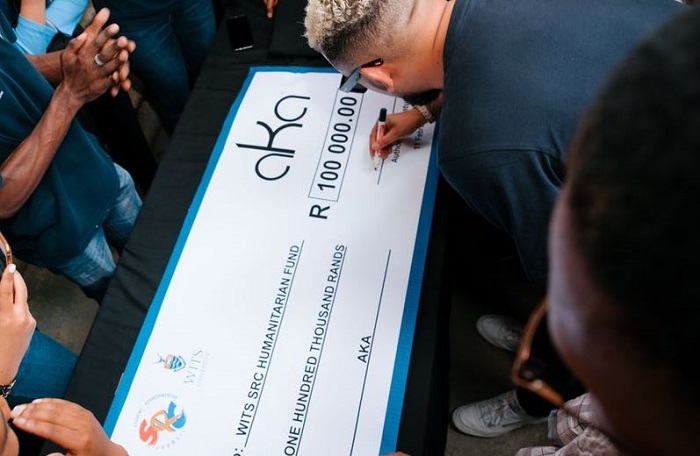 The rapper was on campus on Monday to hand out food and donate the money to students who have been on strike at the institution.

The All Eyes On Me hit maker announced on social media on Sunday that he would be donating the massive amount and food to students who have been on a hunger strike in demonstration against several issues including the lack of accommodation at the institution.

READ: Students threaten to bring tertiary institutions to a standstill

"I’ve been following the saga unfolding at WITS and I feel like something needs to be done for these kids."

"These are the very same people we ask for support from when we as public figures need something, yet our indifference and silence in times like these is deafening", tweeted the rapper.

The Supa Mega went on to say that government and institutions might not have all the answers to problems in the country but that it is important for everyone to lend a helping hand.

"I think we need to recognize that the government or the institutions will not have all the answers and that it’s up to us to HELP EACH OTHER ... especially people in positions like mine."