Amazon to launch 'Lord of the Rings' series in September 2022 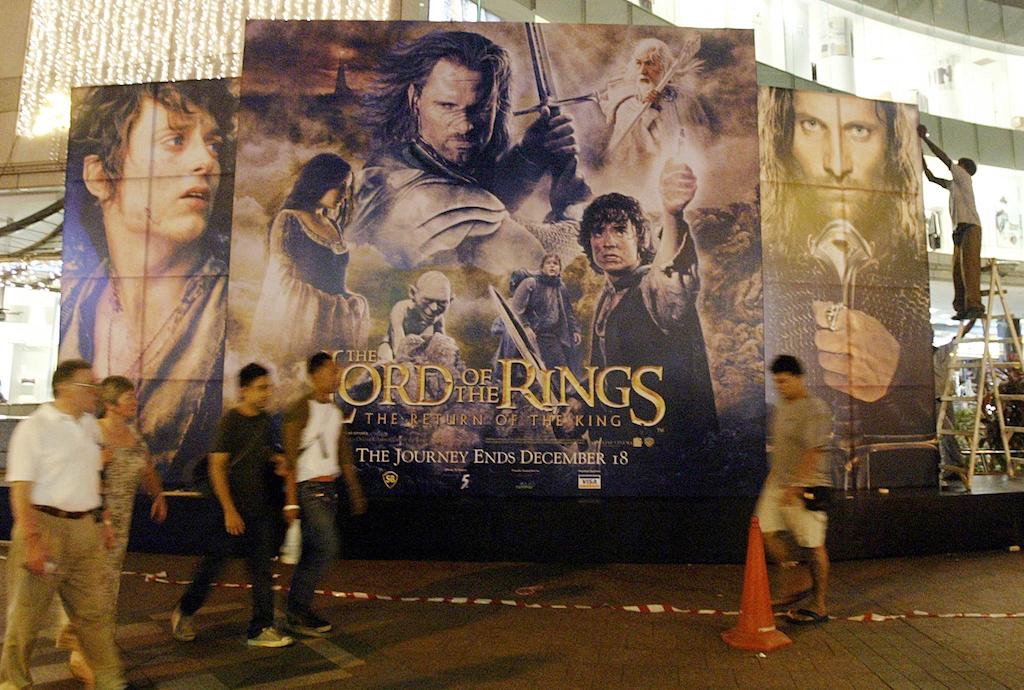 File: A giant poster of a movie "Lord of the Rings" seen outside a cinema in Singapore. AFP/Roslan Rahman

NEW YORK - Amazon announced that its big-budget "The Lord of The Rings" series, based on the fantasy saga by J.R.R. Tolkien, will premiere worldwide in September 2022.

The streaming service hopes that the yet-to-be-titled series will rival the success of "Game of Thrones." The first episode will be available on September 2, 2022.

Amazon, which acquired the television rights to the cult classic in 2017 for an estimated $250-million, said in a statement that "filming of Season One completed on Monday in New Zealand."

Situated in Middle Earth and featuring some of the epic's most iconic characters, the series begins with new adventures "beginning in a time of relative peace, thousands of years before the events of J.R.R. Tolkien's 'The Hobbit' and 'The Lord of the Rings' books," the statement said.

The first season's episodes will be released on a weekly basis, according to Amazon, which also posted the first images from the show on social media Monday.

The cast includes Cynthia Addai-Robinson, known for her role in the series "Spartacus," and Robert Aramayo, who played a young Eddard Stark in "Game of Thrones," which became a behemoth of the fantasy genre over the course of its eight seasons.

With the multi-season adaptation of Tolkien's literary work already turned into a successful movie franchise in the early 2000s, Amazon hopes to score points for its streaming platform Amazon Prime Video against competitors such as Netflix and Disney Plus.

The internet titan founded by Jeff Bezos bought the storied MGM studios at the end of May for $8.45-billion.

The purchase of the almost century-old Hollywood studio bolstered its streaming library, adding the James Bond and Rocky franchises to the platform.